Polish music has probably never been better represented around the world, and yet sadly it is still true to say that most music-lovers would be hard pressed to name more than half a dozen Polish composers and almost certainly no one earlier than Chopin. Among events helping to raise awareness now are the current Polish presidency of the EU—being marked with special concerts around Europe—and the clutch of important composer anniversaries coming up: the centenaries of Witold Lutos³awski and Andrzej Panufnik are due in 2013 and 2014, and the 80th birthdays of the late Henryk Górecki and Krzysztof Penderecki (still going strong and with four operas to his name) also fall in 2013. Perhaps by the time that Poland itself celebrates its 100th year of independence in 2018, the world will know that some of the finest of all Renaissance choral music was written here (by figures such as Miko³aj z Radomia, Miko³aj Gomó³ka and Wac³aw z Szamotu³) and that its Baroque composers (for example, Miko³aj Zieleñski and Bart³omiej Pêkiel) were important, too.

A spate of recent opera recordings has filled some significant gaps, and perhaps we shall soon discover more about the early years of the art form in Poland, which can be traced back to the royal court of W³adys³aw IV, crowned in 1632. In the 18th century, several noble courts became centres of operatic activity—the most important of them being the Czartoryski Palace at Pu³awy—where the repertoire was initially based on Italian models. The establishment in 1765 of the National Theatre in Warsaw led to works being sung in Polish, and the landmark opera of this period is Jan Stefani’s 1794 Cud mniemany czyli Krakowiacy i Górale (‘The Seeming Miracle, or Cracovians and Highlanders’), a work that still turns up occasionally today at Polish opera houses.

Though Stanis³aw Moniuszko (1819-72) is fairly enough venerated as the ‘Father of Polish opera’, occupying a place analogous to that of Glinka in Russia, several of his contemporaries were also writing operas. One name that has hardly featured in the musical histories is Józef Poniatowski (1816-73), perhaps because his exciting political life (as diplomat, military officer, senator) often overshadowed his musical activities. A great-nephew of Stanis³aw August, the last king of Poland, he spent much of his life in France and Italy, where as a tenor he appeared on the stages of Bologna, Florence and Genoa, mainly in the works of Rossini and Donizetti. Showing early prowess in mathematics, he devoted himself to composition and his dozen or so operas span most of his life. He died in London and is buried in Chislehurst, Kent.

His operatic writing is tantalizingly glimpsed on ‘Poniatowski Rediscovered’, a new release on the Stowarzyszenie Muzyki Polskiej label (SMP 201001) featuring the soprano Aleksandra Buczek. Her fluent coloratura may show slight signs of hardness, but she is an exciting singer and has lower-register warmth that serves the elegiac bel canto style well: at their best, Poniatowski’s lines recall Bellini (one of the numbers here is an insertion aria composed for La sonnambula). The selected arias are striking, suggesting that if the complete works were consistently this good they might rank with, or even above, Mercadante’s operas. (A project, perhaps, for Opera Rara, which has already recorded some of his songs.) The main published and manuscript sources are in the National Library in Warsaw, the Bibliothèque de l’Opéra in Paris and the British Library. Three of his Italian works (La contessina, Gelmina and Don Desiderio) are represented alongside two of his French operas (L’Aventurier and Pierre de Médicis), but the booklet notes are uninformative, and anyone wanting to know about these works’ premieres or librettists should turn to Irena Poniatowska’s short entry in Opera Grove. There she comments on ‘effective orchestration’, impossible to judge from this piano-accompanied recording, though Grzegorz Biegas is a stylish partner.

Moniuszko’s first big operatic success, Halka, was premiered in Vilnius in 1848 (as a two-act work) before reaching the Warsaw stage in the four-act version (1858) that launched the composer’s career there. Set in the Tatra mountains, the plot tells how the village girl Halka is driven mad after the impoverished nobleman Janusz seduces and then abandons her, and not even the steadfastness of her sweetheart, Jontek, can stop her from committing suicide in the river. Moniuszko’s colourful and melodious score contrasts dances of the gentry and peasants, while showing a cosmopolitan awareness of such composers as Donizetti, and it has always done well on disc. The latest version (DUX 0538/0539) comes from Opera Wroc³awska, whose conductor, Ewa Michnik, leads a spirited performance, but not one to outdo the intensity and momentum—or indeed the light and shade—of some older Polish recordings. The Russian guest Tatyana Borodina is a gleaming and sympathetic Halka, and the Ukrainian tenor Oleg Lykhach makes a plangently lyrical Jontek, especially in his Act 4 lament. Mariusz Godlewski’s Janusz is solid, but not in the Andrzej Hiolski class.

Moniuszko composed prolifically for the lyric theatre—writing over 25 operettas and operas—and the patriotic message of his works was not lost at a time when Poland was more of a cause than a political reality. Alongside Halka and the composer’s masterpiece Straszny dwór (‘The Haunted Manor’), lesser Moniuszko works such as Flis (‘The Raftsman’) and Verbum nobile still maintain a toehold in Poland. The new recording of Flis (DUX 0736) comes from Szczecin’s Opera na Zamku—The Castle Opera, a summer festival that boasts of being the only stage in Poland to have all Moniuszko’s operas in its repertoire. Flis, written in the wake of Halka’s Warsaw breakthrough, is a light work full of charm, lasting just under an hour; based on a libretto in old Polish, it conjures up simple community life on the banks of the Vistula, where despite obstacles the sweethearts Zosia and Franek win each other in the end. It’s perhaps the only opera to feature ‘a hairdresser from Warsaw’ as one of its characters—Jakub, who turns out to be Franek’s long-lost brother.

The long overture, setting the scene with a summer thunderstorm, may be out of proportion with the rest of the piece, but it is well written and (innovatively for a work of this scale) introduces the chorus just before its climax. Warcis³aw Kunc conducts with obvious affection for the music, and Iwona Socha is a fresh-sounding Zosia. Bogus³aw Bidziñski’s Franek (the raftsman of the title) is less secure, not quite up to comparison in music that has been recorded by the great tenor Wies³aw Ochman.

Roman Statkowski’s Maria (1903) may yet come to be recognized as the most important Polish opera between The Haunted Manor and Szymanowski’s King Roger. I’ll devote more space to it next month in a feature previewing its production at Wexford, but the outstanding new Polskie Radio recording (PRCD 1258/1259) deserves mention here. Based on Antoni Malczewski’s 1825 epic Romantic—not to say ‘Gothic horror’—poem Maria, the opera is imbued with Polish and Ukrainian folk elements, and the musical style is at times reminiscent of Tchaikovsky’s Ukrainian-themed Mazeppa. In the late 1880s, while studying in St Petersburg with Anton Rubinstein, Statkowski (1859-1925) imbibed a lot of a Tchaikovsky and at least some Wagner at the Maryinsky Theatre, and both composers left their mark here. But (as in Statkowski’s large output of piano music, still played by students in Poland), the Russian influences are absorbed into something distinctively fresh, and the score finds a brilliant champion in £ukasz Borowicz, the young artistic director of the Polish Radio Symphony Orchestra. The full-throated singing of the Polish Radio Choir and cultivated orchestral playing are superbly recorded. Wioletta Chodowicz gives a secure yet freshly passionate performance as Maria, murdered by her father-in-law in the hope that his son Wac³aw (Dariusz Pietrzykowski) will marry someone wealthier. Even as the murderous Wojewoda, Wojtek Gierlach cannot help sounding musical, with his warm bass singing long phrases. Maria’s father, Miecznik, is taken by the firm-toned Artur Ruciñski, showing again why he is one of the best of the younger Polish baritones. 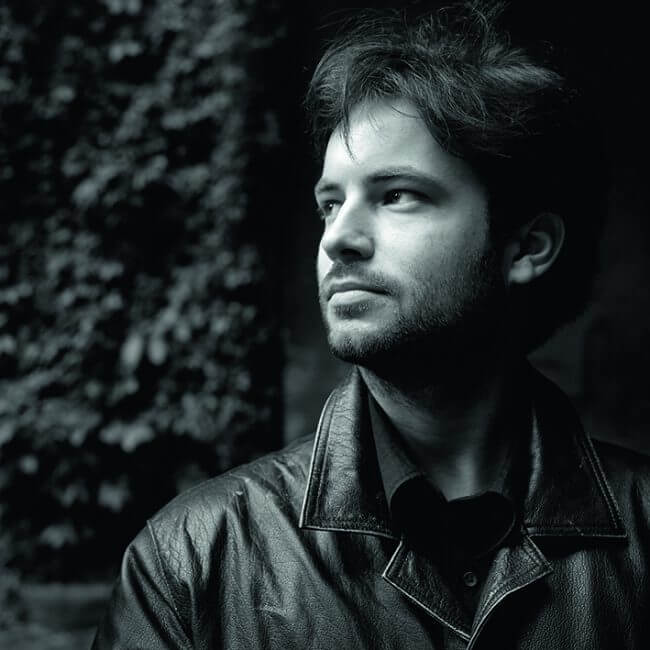