When did it start? The first protagonist in my pre-teen model theatre was Macbeth, mainly because this allowed the use of the word ‘bloody’—as in ‘be bloody, bold and resolute’—in a house where the word was banned. But the second, with staring black eyes and impressive boots, was the Dutchman. Whether the puppet led to the music or vice versa I don’t recall, but I can remember my poor mother sighing, ‘Oh, not that Wagner again’, as the blue Columbia 78 of the Dutchman overture plopped down the spindle on the family radiogram.

Another, smaller player in the spare room meant she was left in peace. It had doors at the front to control the volume, which I would open and shove my head inside to get the full benefit of the March from Tannhäuser, or the Prelude to the third act of Lohengrin. These are no longer favourites, as the March breathes a certain air of absolutism, as the Nazis realized, while I’ve never been able to take the Lohengrin seriously since Christopher Raeburn told me the Vienna Philharmonic’s words to that trombone tune: ‘Doppelte Gage, Herr Direktor, muss ma’ zahlen’.

Worse was to come for the family. Karajan’s Bayreuth recording of the third act of Walküre on nine—or was it ten?—78s further exercised the radiogram spindle, and then the arrival of the LP, with Flagstad and Svanholm singing the final scene of Siegfried faster than I’ve ever heard it since (Georges Sebastien the guilty conductor). The family declined to surrender to its charms. School took the pressure off them: the record library contained plenty of bleeding chunks, Florence Austral and Walter Widdop in ‘Zu neuen Thaten’ a particular favourite (also jolly fast).

School also harboured marvellous teachers, to whom I remain grateful to this day. One guided the school orchestra (with me on percussion) through what he was pleased to call ‘The Entry of the Gods into Vauxhall’. The housemaster allowed me to sit up long after lights out in Matron’s sitting room to listen, with scores, to broadcasts of the Ring from Covent Garden. So by the time I first saw a Wagner opera in 1955 I knew it pretty well—this outing was organized by the singing and violin teachers to the Theatre Royal in Birmingham, where the Covent Garden Opera Company was on tour with Walküre. The cast was headed by Anny Konetzni, somewhat over the hill and with no notes above A, something of a drawback for a Brünnhilde. But there was also Sylvia Fisher as Sieglinde, an artist I admired unreservedly for the rest of her long and varied career.

The conductor was one Reginald Goodall, and however generally overwhelmed I was, I probably couldn’t analyse quite why. This was the same tour that Andrew Porter attended in Croydon, and his review in these pages was an important staging post in the gradual recognition of Goodall, a staff conductor at Covent Garden and unknown to the world, as one of the great Wagner conductors of the century. Back to Brum the following year, Goodall again, Fisher in one of her rare Brünnhildes, Otakar Kraus in one of his even rarer Wotans, and Hilde Konetzni, in no way over the hill, a glorious Sieglinde.

Meanwhile I had seen my first Ring, in Munich, conducted by Knappertsbusch. It was more than usually dramatic in that the Wotan, Ferdinand Frantz, had cancelled at the very last minute, possibly because his wife Helena Braun, the house Brünnhilde, had been replaced by an unknown young Swede called Birgit Nilsson, singing her first complete cycle. So we had a Ring in the wrong order, and three Wotans, one of whom, Hans Hermann Nissen, was already a name from the past, and was nursed through the Wanderer by a hyper-attentive Kna. Quite a first Ring… 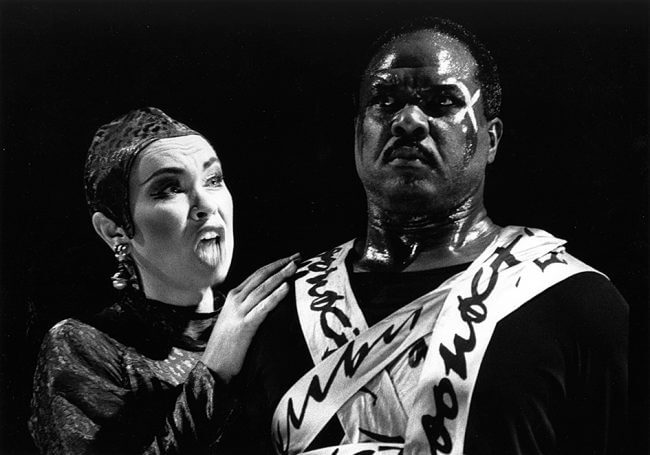