It\’s hard to imagine that any fan of French repertory will not want this very exciting, unhackneyed CD by Bryan Hymel. Louisiana-born (of Cajun paternal heritage), and comfortable and expressive in Gallic declamation, the young tenor has made several live performance DVDs-all of francophone works-and a CD set of Robert le Diable. For this, his first solo album, he has wisely chosen the sparsely-championed French dramatic repertory, in which he is well supported by the Strasbourg-born conductor Emmanuel Villaume.

I first heard Hymel at conservatory (Philadelphia\’s AVA) in a Freischütz opposite Angela Meade. In subsequent challenging roles by Weber, Zemlinsky, Janáček and Dvořák, his dark voice with its confident top sounded most impressive. But his 2011 Santa Fe Faust(Gounod) proved a genuine revelation, suggesting that Hymel was perfectly poised to reinvent the tradition exemplified by Georges Thill and César Vezzani. On life support in the post-World War II period, this large-format approach is generally thought to have found its last (if sometimes less than illuminating) exponent in Guy Chauvet.

We now have another contender. Berlioz\’s Enée brought Hymel to the Royal Opera House (vice Kaufmann) and the Met (vice Giordani, a splendid house debut) and will mark-in his own right-his June San Francisco Opera debut. The hero\’s Act 5 scene-gloriously sung and (understandably) more ‘lived in\’ textually than some of the other selections-crowns the disc. Berlioz is further represented in a moving ‘Nature immense\’.

Avoiding the usual chestnuts from Faust, Carmen and Werther, Hymel and Villaume cast their net wide. With fine but less plentiful means, Roberto Alagna has also recorded Adoniram\’s rousing ‘Faiblesse de la race humaine\’ (La Reine de Saba) and Reyer\’s ‘Esprits, gardiens de ces lieux\’ (textbook wagnérisme from Sigurd, but not sans charme). But here we find such pleasing rarities in the post-Thill era as ‘Adieu, forêt profonde\’ (from Bruneau\’s 1893 L\’Attaque du moulin, once heard at Covent Garden and the Met) and an ardent aria from Rabaud\’s Rolande et le mauvais garçon, which must have sounded terribly retrograde even in 1934.

Hymel and Villaume (who gets even, secure work from the Prague Philharmonia, only occasionally at the expense of dramatic tension) wisely include non-French composers who wrote or re-crafted their works for Paris. The disc begins bravely with Arnold\’s entire Act 4 scene from Guillaume Tell, brilliant high C-sharps and all (mere high Cs abound throughout the album). Of Meyerbeer, we get the Africaine aria, with its rarely-offered, chorus-backed cabaletta ‘Conduisez-moi vers ce navire\’, the accompaniment of which oddly but unmistakably echoes Sesto\’s ‘Deh, per questo istante solo\’. 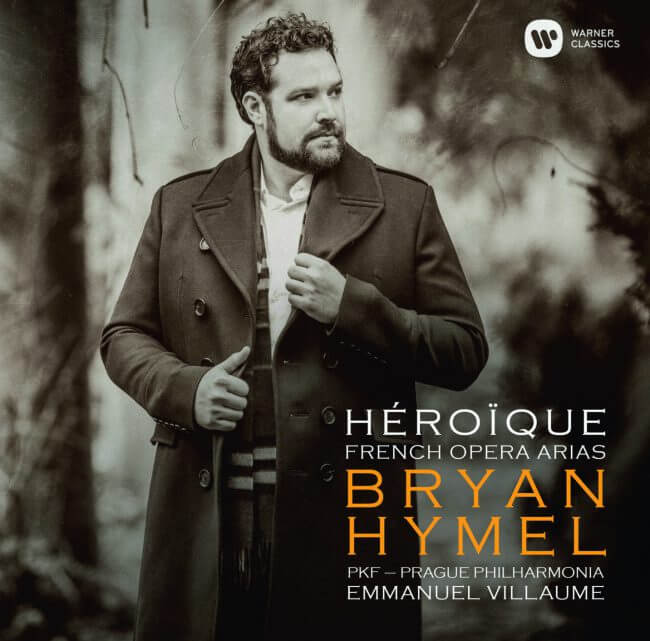