House of the Midnight Sun

Stefán Baldursson, the artistic and general director of Icelandic Opera, is sitting in his new office in Harpa, the gleaming glass-clad concert hall and conference centre that dominates the Reykjavík waterfront. ‘Look at this view,’ he says, indicating the open sea, the distant islands and the black sterns of the whale-watching boats. ‘It couldn’t be better.’

Even eight weeks before this month’s opening of Die Zauberflöte, Icelandic Opera’s first production in Harpa’s Eldborg Hall, Baldursson is jubilant—4,000 tickets have already been sold. In a country with a population of just over 300,000, that’s a very healthy number of tickets. ‘People are very curious to come along and see what it’s like,’ says Baldursson. His job is to ensure that they will continue to come after the novelty has worn off. Eldborg Hall seats 1,600, nearly four times as many as Icelandic Opera’s old home, Gamla bíó (Old Cinema): even if they fill only the stalls, the company should be able to break even, rather than making a loss on every performance. The Culture Ministry used to subsidize over 60 per cent of the company’s budget; when the economy crashed, the subsidies were drastically reduced. Baldursson is hoping to be able to announce a second production in March, but he’s having to wait and see how much is available before deciding on the repertoire.

It wasn’t always like this. In previous seasons, the company was able to present several major productions, including standard repertoire, Icelandic opera, a rock opera and a mini-Ring cycle, as well as concerts and gala evenings. Baldursson is confident that it will be able to do all this again. ‘There has never been any lack of ambition in our work. Artistically we’re very pleased with our results and we’re getting new and younger audiences in. But financially we are in a very difficult situation.’

The company celebrates its 30th anniversary next year. Although operas had previously been staged at the National Theatre, in 1982 a group of singers led by the tenor Garðar Cortes decided to create Icelandic Opera. An unexpected act of philanthropy accelerated their progress: an arts-loving businessman left them a large amount of money in his will. With it they were able to buy the Gamla bíó and lay the foundations for a national company. Garðar Cortes was its first director, followed by the soprano Ólöf Kolbrún Harðardóttir, then Bjarni Daníelsson (father of the present conductor Daníel Bjarnason), and from May 2007, Stefán Baldursson, formerly director of the National Theatre.

Baldursson says the early days were very hand-to-mouth. ‘At the start it was on more of a voluntary basis and the singers weren’t paid much. Then they started getting money from the Ministry of Culture. In the 1990s around six to eight singers were engaged on a permanent basis, but that arrangement didn’t work out as well as people had hoped. These singers, who were some of the best in the country, were getting offers from abroad. So it was agreed that they should go back to being freelance.’

Singers are now engaged by production; they are still mostly Icelandic. ‘Considering the size of the country it’s unbelievable that there are so many good singers who have gone on to perform in Europe and the US,’ he says with pride. ‘Anything from 20 to 30, and some of them at top houses such as the Met, La Scala, Vienna and the Paris Opéra.’ He lists some of those who have been singing abroad over the decades—the bass Kristinn Sigmundsson, the tenor Kristján Jóhannsson, the baritone Ólafur Sigurðarson, the soprano Þóra Einarsdottir, among many others.

Of course Baldursson would like them to appear in Icelandic Opera productions, and all of the singers he mentions, as well as many others with international careers, do perform at Icelandic Opera from time to time. However, top-level singers now have to be booked three or four years ahead and the economic situation doesn’t allow the company to do much forward planning.

The acting music director, Daníel Bjarnason, adds, ‘Icelandic singers are all very eager to sing in their own country and they always try to find time if they can.’ Bjarnason is the most prominent young musician in Iceland at the moment: as a conductor he has worked with Icelandic Opera and the Iceland Symphony Orchestra, as well as contemporary chamber groups including the London Sinfonietta and his own Isáfold Chamber Orchestra. He’s also an award-winning composer and records for Iceland’s coolest music collective, Bedroom Community (which also includes Nico Muhly). All this makes Stefán Baldursson keen to keep him connected with the opera company. ‘He’s such a talent. He’s classically trained, but he has great contacts with younger music and even the rock and pop culture. I’d like him to compose an opera for the company.’

With only one or two productions a year, however, it’s hard to justify having a full-time music director. The last one, the Austrian Kurt Kopecky, left a couple of years ago to work at Finnish National Opera. Bjarnason is now IO’s regular conductor and he is content to be involved on a part-time basis. ‘I’ve just started the job and I need to see how it goes. We have to find our feet in the house, and work out how much we can do each year.’ 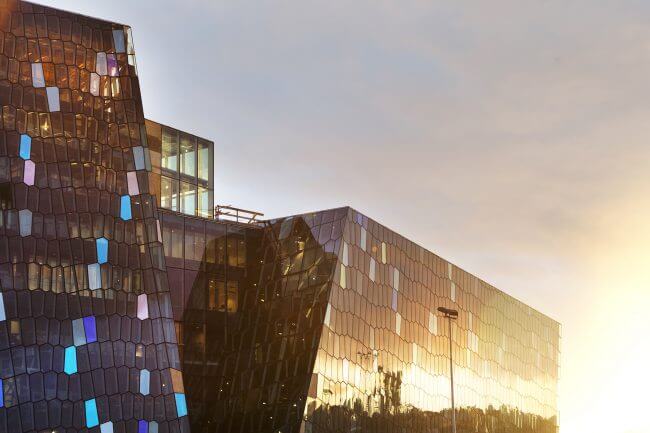