Yes, she has good reasons for being a little shaky on her feet, but Rusalka proved tortuously slow in covering the short distance between the Coliseum and the Royal Opera House: it took her 30 years—or 21 if you count concert performances with Renée Fleming back in 2003. Faced with a stormy welcome in Bow Street, Dvorák’s heroine could at least console herself with the international celebrity she has acquired. Operabase, the most comprehensive source of data on operatic activity, reports that in 2011 Rusalka was performed 192 times around the world, making it the year’s 19th most popular opera—beating the mighty Aida into 20th place. This compares to just 33 performances back in 2001 and a mere 11 in 1996. In the course of 2012 the nymph will undergo her painful transformation in Basel, Berlin, Bonn, Brussels, Helsinki, London, St Petersburg, Vienna and in the city where she first surfaced, Prague.

A prime driver of the Rusalka boom is its achingly lovely Song to the Moon, now a staple of soprano recitals and singing competitions. Further momentum came from Fleming, as determinedly questing as she is creamy-toned, who took the piece under her wing (or should that be fin?). Angela Gheorghiu did much the same with the indisputably avian La rondine, another former one-hit wonder, which peaked at 65 performances in 2008, more than 300 per cent up on 1998, the year before EMI released Gheorghiu’s recording of Puccini’s winsome semi-operetta.

Diva power can lend a languishing opera new currency, but what else has contributed to Rusalka’s triumphant progress? Though Dvorák’s instrumental music is much loved, his nine other operas have not (yet) been swept along in the wake of Rusalka, which—glorious and touching though its score is—does not provide conclusive evidence of a supreme musical dramatist. It does, however, provide a superb vehicle for the modern opera director and his dramaturge. In 1983, David Pountney’s ENO staging helped usher in the era of ‘director’s opera’; 30 years on, Pountney’s post-Freudian vision, with the heroine adolescing from her watery nursery, seems blissfully naïve as younger directors dredge prostitution and incest out of the opera’s murky subtext. The 1980s also gave us post-modernism, with opera audiences learning to become complicit with eclectic productions that applied Brechtian alienation or overt theatrical irony. Now, in the second decade of the 21st century, not only do committed Wagnerites expect reference-laden reinterpretations of the Ring, but Opera Holland Park’s patrons relish a first encounter with L’amico Fritz (Mascagni’s opera is credited by Operabase with just eight performances in 2011) that evokes Doris Day rom-coms rather than rural Alsace.

The past quarter century has brought a sustained burst of activity in Baroque opera, most notably Handel, while bel canto continues to flow and Janácek has become a staple of the world’s stages. Beyond that, anecdotal observation suggests that certain works, particularly from the early 20th century, have risen up the agenda. Korngold’s Die tote Stadt, for instance, regained some international prominence in the 1970s with an RCA recording and has grown in popularity since (158 performances in 2007-11 compared to 72 in 1996-2000). Like the Song to the Moon, its two gorgeous hit numbers have become recital- and competition-friendly, while its fascinating genesis, along with spectacular directorial glosses and a little post-modern indulgence, render its extravagances palatable to today’s audiences. 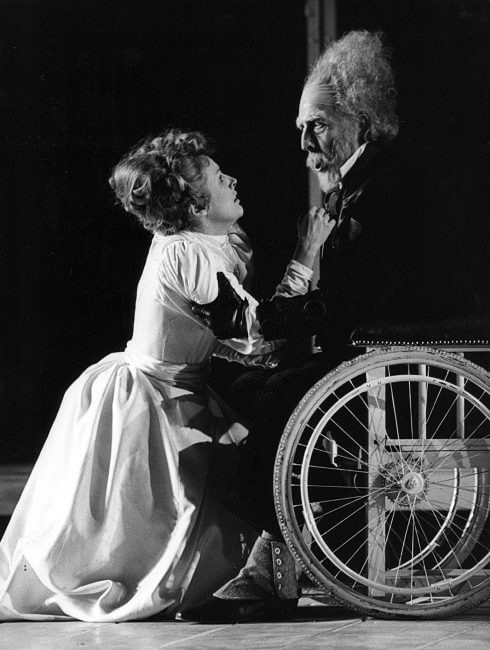