Yehuda Shapiro on the FEDORA prizes

From the very earliest days of the art form, patronage has played a role in the development of opera—just think of Monteverdi and the Gonzagas, Wagner and Ludwig II of Bavaria, the lists of donors you find in glossy programmes, or even the rebranded Investec Opera Holland Park. Over the last two years, FEDORA has made a bid to reinvent operatic patronage for the 21st century. If, at least for lovers of verismo, that name instantly evokes a brief but irresistibly tuneful tenor aria, this FEDORA is the face of the European Circle of Philanthropists of Opera and Ballet (the acronym is derived from Fédération Européenne des Amis de l’Opéra). Based at the Palais Garnier in Paris, the small organization, which receives no public funding, is at the hub of a network that currently covers 15 countries and brings together a total of 55 producing bodies and associations of friends. In addition to individual philanthropists, it counts a select but diverse group of corporations among its main supporters—the jewellers Van Cleef & Arpels, the insurance group Generali, the art-supplies manufacturer Faber-Castell, the legal collective Carlara, and Anaxago, a crowdfunding platform for new businesses. But FEDORA is not all about big bucks (or, rather, euros). As the Editor reported last year (February 2015, p. 141), ‘FEDORA is ushering in a possible new age of philanthropy, in that anyone wanting to contribute to the future of opera can join from as little as €750.’ He went on to say that ‘With the old-style certainties of social-democratic state funding now looking sadly and increasingly like a thing of the past, FEDORA’s mission is enlightened and—imagine what could happen if it really grows—exciting.’

One of FEDORA\’s inaugural operatic winners: \’Milo and Maya Around the World\’

Generating most of the excitement is its annual prize programme, comprising the Van Cleef & Arpels Prize for Ballet, which currently amounts to €100,000, and the €150,000 Rolf Liebermann Prize for Opera, named for the Swiss-born composer who became artistic director of both the Hamburg Staatsoper and Paris Opéra and who died in 1999. In the words of FEDORA’s director, Edilia Gänz, ‘It is not an “Oscar”-style prize, but an enabling prize.’ Constituting an investment in the future rather than a reward for past achievement, the money is put towards the first staging of a new work or a new production of a recent or rediscovered work. While the judges will give preference to a creative team that brings together ‘emerging artists of different nationalities and disciplines’, it is an unconditional requirement for each project to display genuine viability: the production must already be scheduled to take place (within 18 months or so of the award date) and at least two co-producers must already be formally on board, with contracts in place. The lead producer, typically an opera company or a festival, must also be a member of the FEDORA network. The whole pitching process draws on the commercially-informed culture of venture philanthropy, currently burgeoning in all kinds of areas. If this might seem to suggest an operatic Dragons’ Den, no fire is getting breathed and, even if the judges declare themselves ‘out’ rather than ‘in’, the show is likely to go on.

The Liebermann Prize was inaugurated in 2015, when the booty was shared between a youth opera driven by the Teatro Sociale di Como, Milo and Maya Around the World (composer Matteo Franceschini; librettist Lisa Capaccioli) and Private View, inspired by Alfred Hitchcock and written by Annelies Van Parys and Jen Hadfield for the Antwerp-based Muziektheater Transparant. The single 2016 winner was selected in April at La Scala, Milan, by an eight-person panel chaired by Nicholas Payne, director of Opera Europa. Considering a 16-strong shortlist, the judges adhered to processes designed to ensure that each contender was considered on its own merits, with forthcoming productions assessed according to a set of agreed criteria—innovation, scale, creativity, emergence, internationality, visibility and education. As Payne, in charge of drawing up the shortlist, explains: ‘The criteria are a way of creating an objective, balanced framework. It would be extraordinary for any project to get five out of five in each category. But the judging is certainly not a tick-box exercise—we are not looking for some kind of bureaucratic camel. Ultimately the choice is a matter of the collective wisdom of the jury in identifying a project that is genuinely trying to do something new with opera.’

Five of the productions shortlisted in 2016 were led by outfits from the UK—the Royal Opera, Welsh National Opera, Garsington, Festival at the Grange and Fuel—but the winner had a principal producer from France, the Opéra Comique. It might therefore come as a surprise that the new work in question is called Kein Licht, is designated ‘a contemporary Singspiel’ and will receive its premiere at the Ruhr Triennale in September 2017, moving to Paris only the following month. The libretto, by the Austrian Nobel Laureate Elfriede Jelinek, will be set by the French composer Philippe Manoury, and the director, very much part of the project from its early stages, will be Nicolas Stemann, who comes from Germany. The project’s internationalism is further asserted by a total of eight co-producers originating from four countries—France, Germany, Luxembourg and Croatia. As the work’s sombre name suggests, audiences should not expect an exercise in Gemütlichkeit: taking the 2011 nuclear disaster in Fukushima as its starting point, Kein Licht will reflect on individual and collective responsibility in ecological and political issues and, with the help of a score partially created with computers, on our relationship with technology.

‘It is a calculated risk for the Opéra Comique to produce and programme Kein Licht,’ says Olivier Mantei, who became the company’s director in 2015. ‘The FEDORA Prize endorsed our choices, reassuring the doubters and encouraging a bold approach.’ The house in the Place Boieldieu is currently closed for renovation, but Kein Licht will uphold an Opéra Comique tradition that embraces some 3,000 premieres over 300 years as Mantei plans to double the number of new works each season. ‘Our ambition is to preserve the company’s identity while opening it up to the world,’ he adds.

Even before the prize was awarded, philanthropy had played a part in the Opéra Comique’s efforts to raise its share of the budget for Kein Licht. In the last three months of 2015 the company ran an online crowdfunding campaign (in the old days it would have been called public subscription) with a target of €50,000, representing 15 per cent of its financial commitment to the project. Rallying support with a cry of ‘Devenez producteur!’, it designated five tiers of contribution, ranging from just €10 up to €2,500, and attached a variety of privileges to each, such as a credit on the company’s website, the chance to win tickets to the dress rehearsal of the new opera, meet-and-greets with the artists, a score signed by Philippe Manoury, breakfast with the conductor and a VIP dinner after the premiere. The campaign surpassed its target by nearly €3,000, suggesting that it can pay to challenge preconceptions when it comes to both programming and funding. As Edilia Gänz says: ‘People want to be part of the entrepreneurial journey—to invest in a project, to be involved in it and to see it grow.’

FEDORA also offers special privileges to its supporters. Its original incarnation in the early 1990s, when Rolf Liebermann established the organization, was as a network of friends of European opera houses; it acted as an international ticket agency in those pre-internet times and organized foreign trips, but also, with an eye to innovation and education, provided bursaries to young artists. Since FEDORA was revived a couple of years ago, it has once again been offering services for travel, tickets and special events, but, unlike its commercial competitors in these fields, it ensures that all the additional revenue generated goes to participating opera houses. It enjoys a close relationship with the friends’ association of the Paris Opéra, AROP, whose director, Jean-Yves Kaced, is also Secretary General of FEDORA. In the French business newspaper Les Échos, he described FEDORA’s president, Jérôme-François Zieseniss, the initiator of the prizes for opera and ballet, as ‘a committed European, an aesthete, a historian and a philanthropist’. Zieseniss spends much of his time in Venice, where, as he says, ‘my efforts are currently focused on the restoration of a wonderful but forgotten building of historical and artistic importance in St Mark’s Square, the Royal Palace’ (a building perhaps better known as the Museo Correr). By contrast, the main thrust of the Rolf Liebermann Prize is to build new operatic edifices, but he sees a common denominator between the two areas of activity: ‘Excellence. It enhances our lives by reminding us of the great things that mankind can achieve.’ 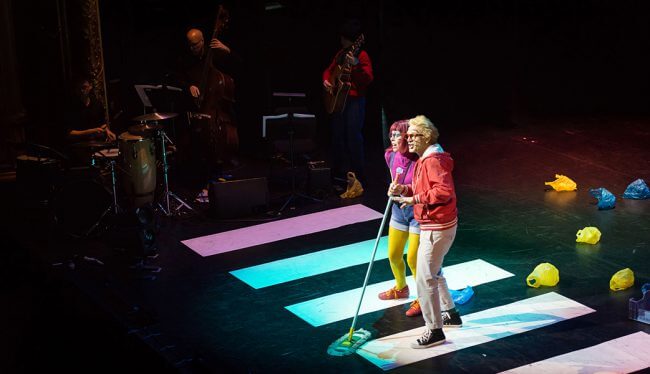