Amanda Majeski made a notable debut at the Royal Opera House in February as Janáček’s Katya Kabanova, in a new production by Richard Jones, conducted by Edward Gardner. She appears on our front cover.

New productions elsewhere reviewed in our pages include Un ballo in maschera at Welsh National Opera, Anthropocene at Scottish Opera, Anna Nicole in Nuremberg, Powder Her Face in Buenos Aires, Ice in Helsinki, Euryanthe in Vienna, Hamlet in Paris, Macbeth and Werther in Venice, Salome in Tel Aviv, Turandot in Madrid, Hänsel und Gretel in Zurich, and Radamisto from Washington in New York.

Tanja Ariane Baumgartner talks to Hugh Canning as she prepares to sing Kundry in Hamburg, a prospect she relishes: ‘Kundry is fascinating because she is three persons in one – and I like a challenge like that.’

Christopher Gillett is out to lunch with a trio of Claggarts: John Tomlinson, Clive Bayley and Brindley Sherratt, who sings the role at Covent Garden in Deborah Warner’s production of Billy Budd opening at the end of April.

Alexandra Wilson investigates the topic of historical attitudes to overseas singers on Britain’s stages and, in our back page feature, the composer Julian Grant remembers his teenage excitement at first hearing a recording of Anna Moffo singing Massenet’s Thaïs . 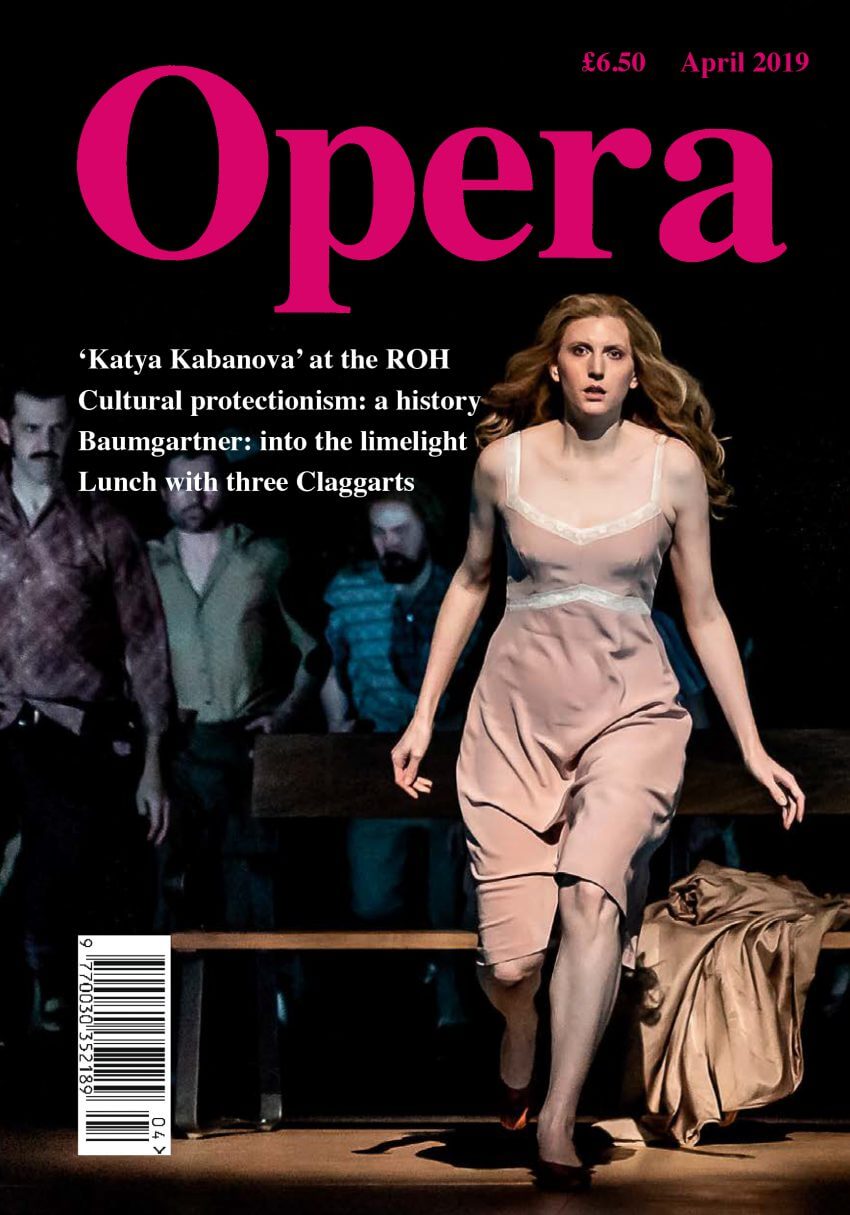