On our cover this month is Peter Mattei, the sought-after Swedish baritone profiled in the issue. The baritonal theme continues with Thomas Hampson, who in our ‘Great singers in great roles’ series talks in depth about Giorgio Germont, probably the least well-understood character in Verdi’s La traviata. Janet Baker leads our tribute to the conductor Steuart Bedford, who died in February. We mark the 125th anniversary of the death of the neglected composer Antonio Cagnoni, and look at the fascination that both Richard Wagner and J.M.W. Turner had with a particular spot on Lake Lucerne.

This is also the month in which we start previewing the summer festivals, showing resilience in planning their seasons after a year of disruption. Our features include interviews with festival makers and artists:

We review live performances wherever they have been happening and cover new recordings and books. Our Disc of the Month is John Eccles’s Semele on the Academy of Ancient Music’s label. 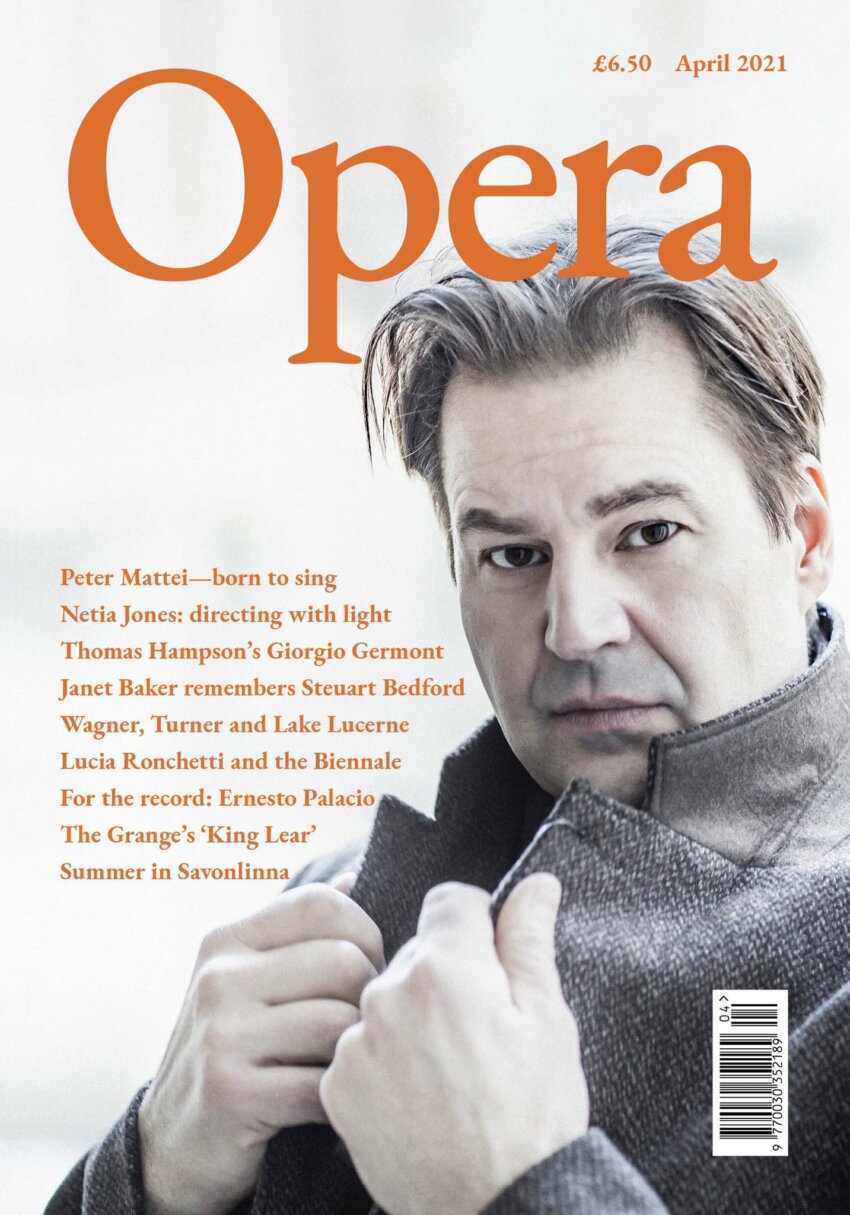