Welcome to our August issue.

Sondra Radvanovsky sang a magnificent Maddalena in Covent Garden’s revival of Andrea Chénier , and appears in that role on our front cover.

Matteo Sansone salutes the composer Ruggero Leoncavallo on the centenary of his death.

The veteran South African soprano Wendy Fine talks to John Allison about a career that took her from her home country to Europe and North America, with a British debut at Sadler’s Wells in 1969 followed by roles at Covent Garden that ranged from Tatyana and Jenůfa to Fiordiligi and Musetta.

In our back page ‘For the record’ feature we have George Hall’s selection of Carmen , with Victoria de Los Angeles and Nicolai Gedda, conducted by Thomas Beecham. 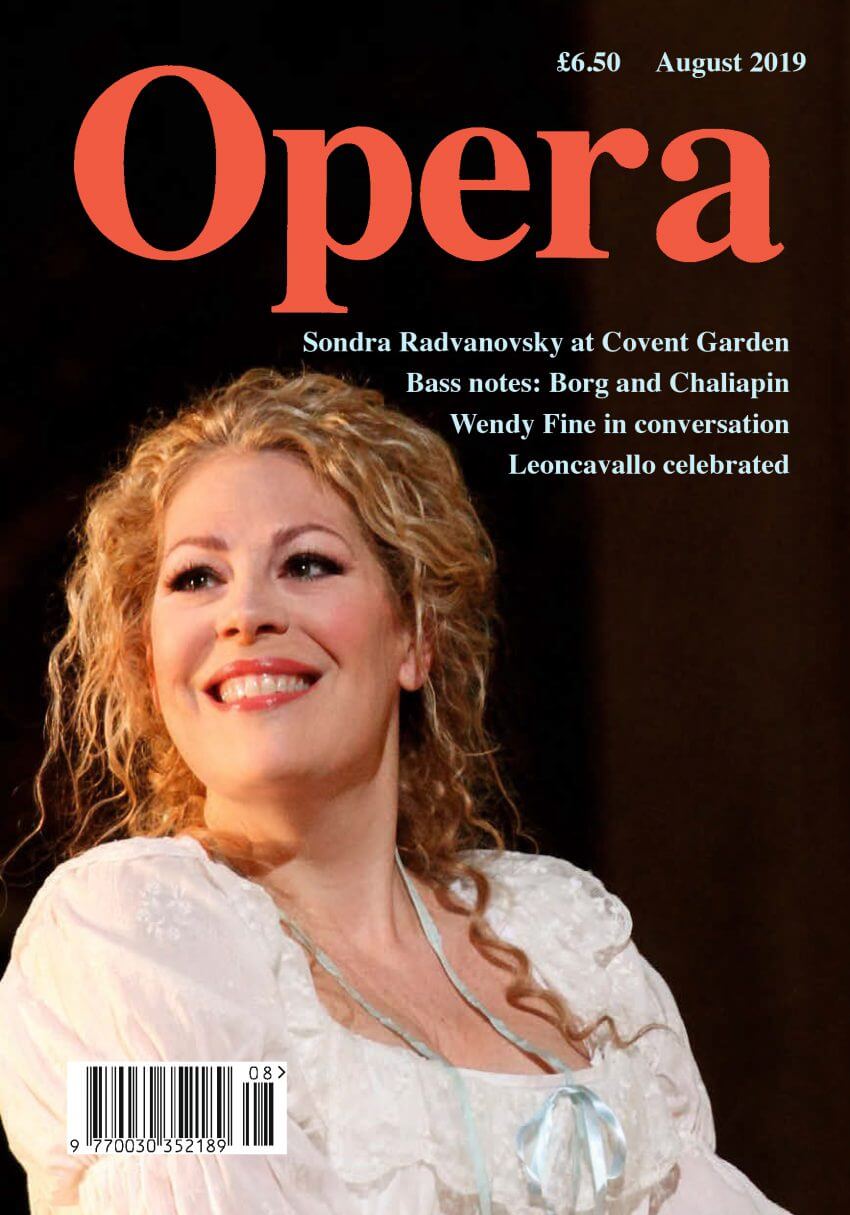