Welcome to our December issue, just in time to provide distraction from the looming UK general election.

As our front cover shows, we celebrate the life and glorious career of Jessye Norman, remembered by Roger Pines, with contributions from the soprano Harolyn Blackwell, the tenor Lawrence Brownlee and the composer Bruce Saylor.

As Moniuszko’s Halka is performed in Vienna for the first time in half a century, John Allison explores the reception of the opera beyond the composer’s native Poland.

As she alternates between singing, conducting and developing new and younger talent, Andrew Clements talks to the soprano Barbara Hannigan.

Unjustly overlooked, the achievements of Adolf Wallnöfer, the Wagnerian tenor and Mahler’s contemporary, are assessed by Chris Walton.

David Shengold chooses Carmen, in the 1950 recording conducted by André Cluytens, as his personal favourite.

Reviews of new productions in the UK and around the world include English Touring Opera’s Seraglio and Silver Lake and Music Theatre Wales’s The Intelligence Park; Rigoletto on the Glyndebourne Tour; Orpheus and Eurydice and Orpheus in the Underworld at ENO; Agrippina and Don Pasquale at the Royal Opera; Orphée et Eurydice in Cape Town; Erwartung and Duke Bluebeard’s Castle at the New York Philharmonic; Pagliacci and Cavalleria rusticana in Amsterdam; Ross Edwards’s Christina’s World in Adelaide; The Snow Queen in Copenhagen; La traviata and Les Indes galantes in Paris.

Our disc of the month is Ann Hallenberg—The Farinelli Manuscript, with Stile Galante conducted by Stefano Aresi (Glossa). 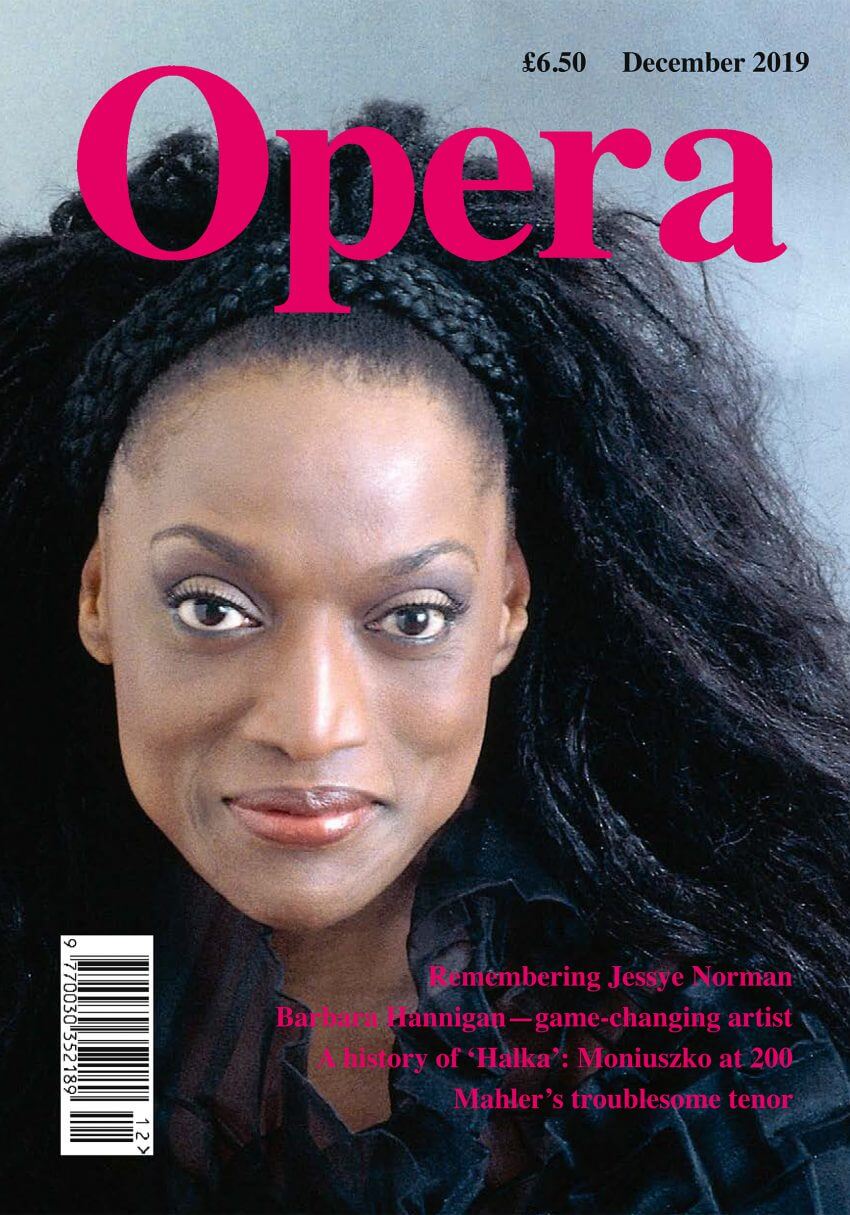