Who will be the next music director at the Royal Opera House? Some possible candidates to take over from Antonio Pappano are gathered by the Editor for your consideration.

Our cover shows Calixto Bieito’s new production of War and Peace at the Grand Théâtre de Genève. Other operas reviewed include Fire Shut Up in my Bones, the season’s opening production at the Metropolitan Opera in New York, Carmen at Opera North and Jenůfa at Covent Garden.

This month’s features are:

The legendary George Shirley – in 1961, the first black tenor to take a leading role at the Metropolitan Opera – talks to Roger Pines

We profile the mezzo-soprano Kate Lindsey as she prepares to sing her first Donna Elvira, at the Vienna Staatsoper

David Chandler on the trail of Thespis, Gilbert and Sullivan’s lost first operetta

Our CD and book reviews begin with our ‘Disc of the month’, Michael Spyres’s Baritenor. 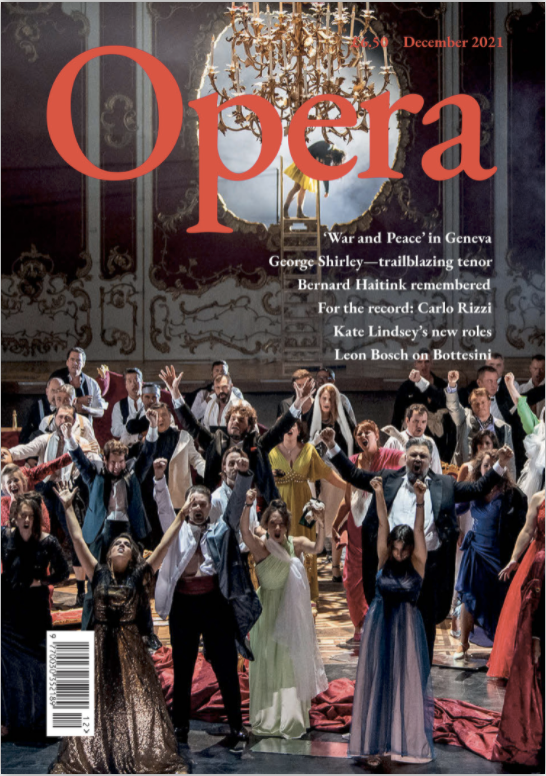