Like the characters on our front cover, from the long-awaited world premiere of Kurtág’s Fin de partie at La Scala (reviewed by Andrew Clements in this issue), we look forward cautiously to the operatic year ahead, hoping for good things to come and wishing a Happy New Year to all.

As Christopher Maltman prepares to sing his first Don Carlo in La forza del destino in Frankfurt he talks to George Loomis about performance energy and vocal refinement.

Nico de Villiers has discovered much to enjoy in Caponsacchi , the composer Richard Hageman’s only opera.

In the second of three articles, Stephen A. Brown looks at the state of vocal training, in the US and the UK, in colleges, conservatoires and music schools.

Stuart MacRae, whose new opera Anthropocene opens in Glasgow at the end of January, chooses Harrison Birtwistle’s Punch and Judy as his favourite recording.

Our disc of the month is Semiramide , with Albina Shagimuratova, Susana Gaspar, Daniela Barcellona, Barry Banks, David Butt Philip, Mirco Palazzi, the Orchestra of the Age of Enlightenment and the Opera Rara Chorus, conducted by Mark Elder (Opera Rara) 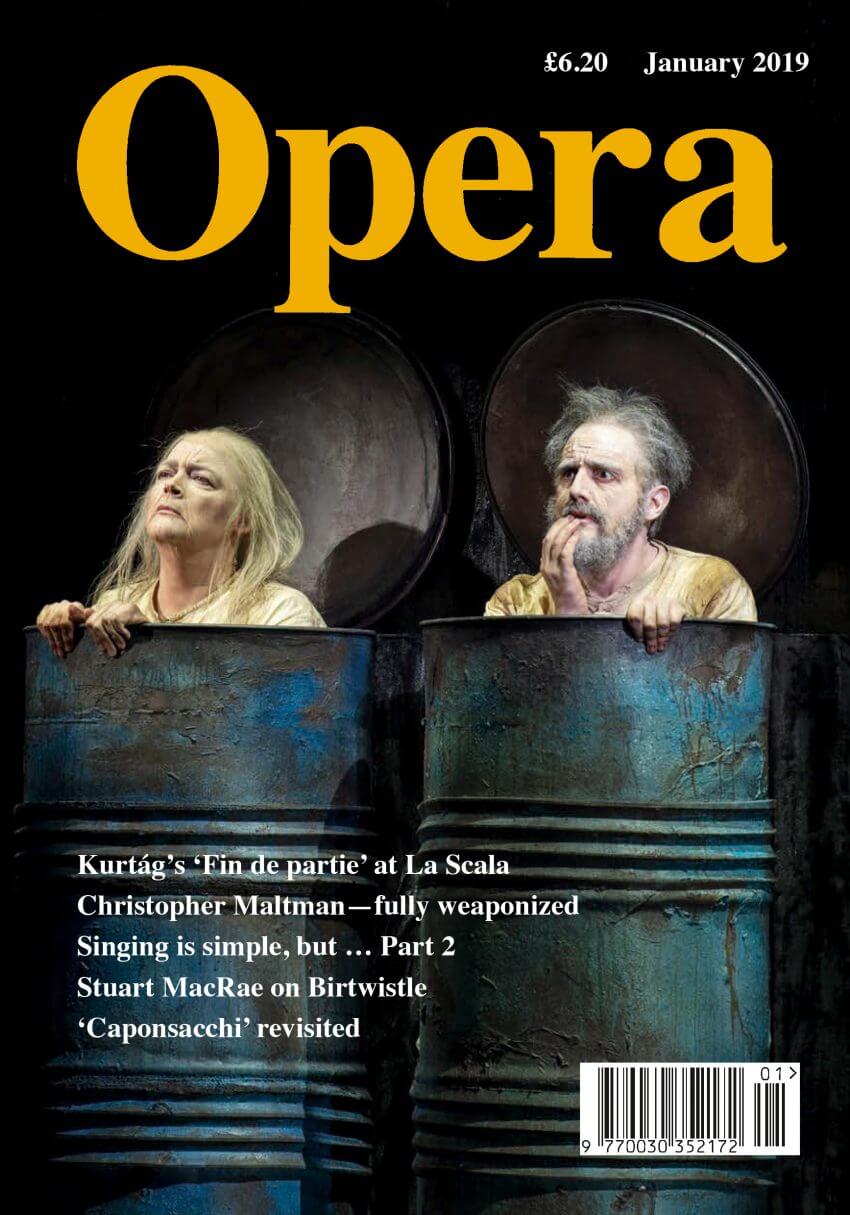