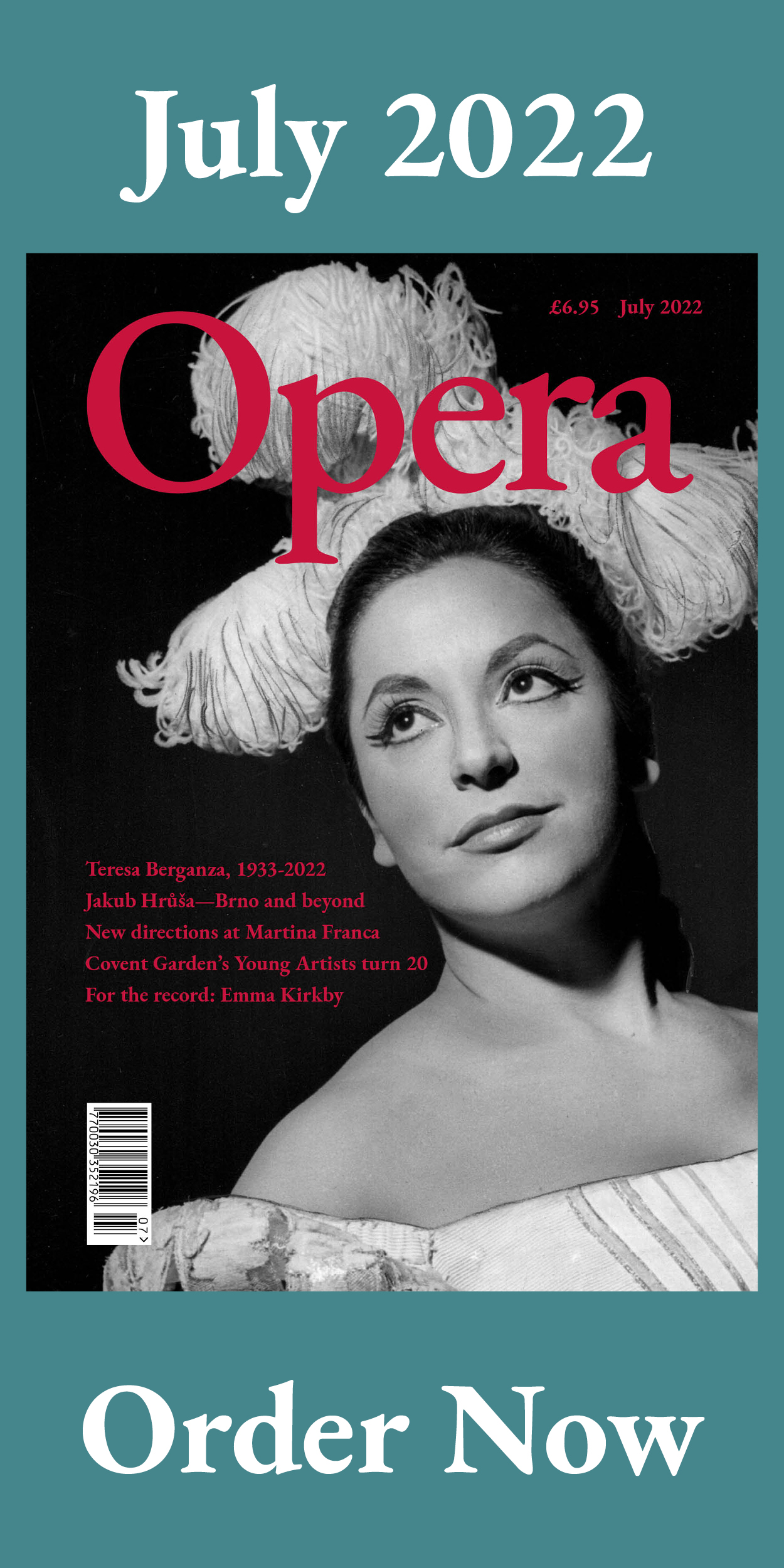 The irreplaceable Teresa Berganza is on our front cover and tributes are paid to her by Max Loppert, Plácido Domingo, Joan Matabosch and Christopher Webber.

Jakub Hrůša talks to John Allison about Janáček as he prepares to conduct Katya Kabanová in Salzburg, about his cultural roots in Brno and his plans for the future.

Our Disc of the Month is Weber’s Der Freischütz, with original material restored and sections reconstructed by René Jacobs, who conducts the Freiburger Barockorchester (Harmonia Mundi).

Reviews this month include The Wreckers at Glyndebourne, Samson et Dalila at Covent Garden, Lucia di Lammermoor at the Met, Orphée et Eurydice in Florence, The Nose in Copenhagen, Le nozze di Figaro in Tel Aviv, Lohengrin in Melbourne and Tristan und Isolde in Vienna.

Sebastian Schwarz on his plans for the Valle d’Itria Festival 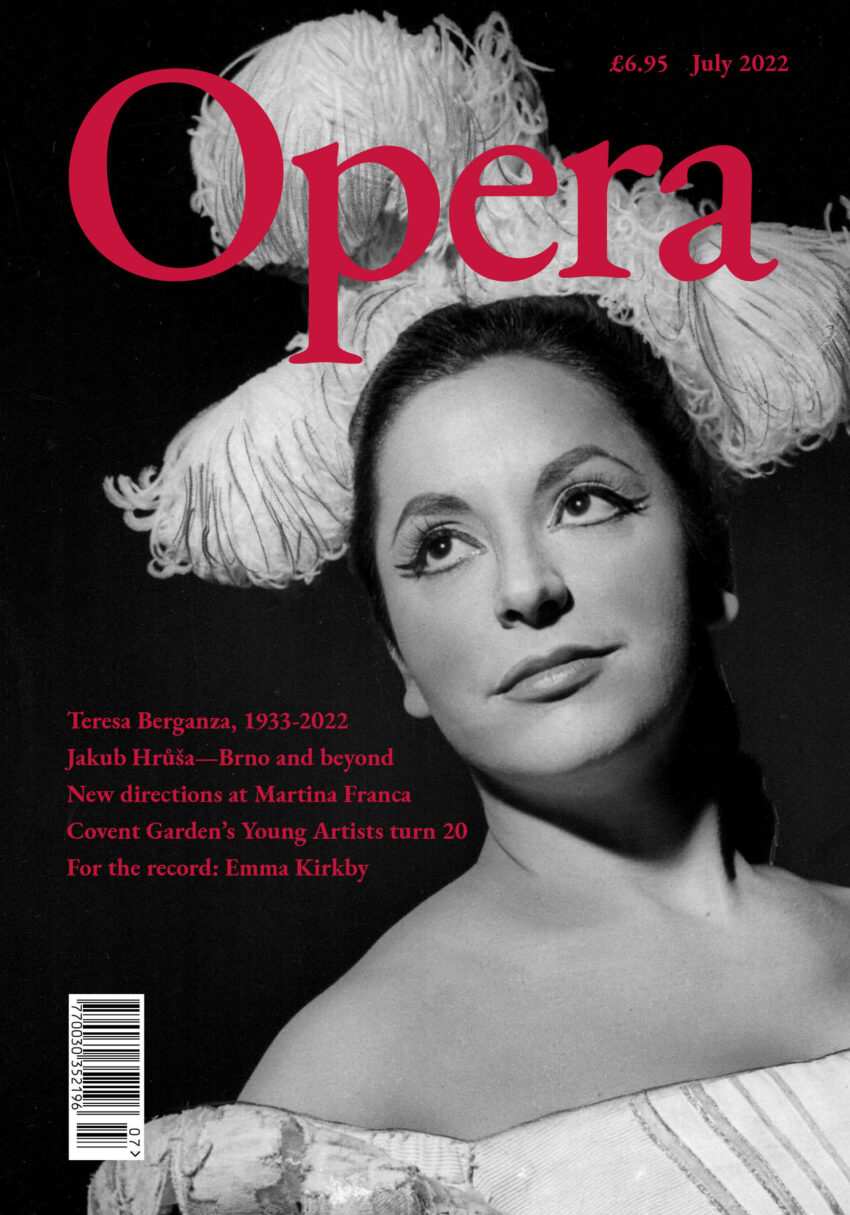