Last month’s cover image featured an elephant in the room—this month we’re bringing you a tractor, from Munich’s new production of The Bartered Bride .

Other new productions reviewed in our pages include The Queen of Spades at Covent Garden, The Magic Flute at Opera North, I puritani in Trieste, Salome in Minsk, Adriana Lecouvreur at the Met, Il barbiere di Siviglia in Amsterdam, the premiere of The Princess Sophia by Emerson Eads in Juneau, Alaska, Die tote Stadt in Saarbrucken, Les Contes d’Hoffmann in Helsinki, a festival of Janáček in Brno including The Cunning Little Vixen , Šárka and Osud , Satyagraha in Ghent and Norma in Santiago.

We announce the shortlist for this year’s International Opera Awards, chosen by an international jury chaired by the Editor and comprising artists, administrators and journalists from six continents.

Our People spotlight falls on the mezzo-soprano Jamie Barton as she prepares to sing Fricka at the Metropolitan Opera, one of the Wagner characters she has added to her growing and already formidable array of dramatic Verdi roles. Francesca Vella explores Verdi’s Spain, while the composer Iain Bell is sticking to London for his new work at English National Opera, Jack the Ripper: The Women of Whitechapel . Making his debut with the Hallé Orchestra this month, playing Mozart’s Piano Concerto no. 22, Pavel Kolesnikov chooses Purcell’s Dido and Aeneas conducted by Teodor Currentzis in our back page ‘For the record’ feature.

Our disc of the month is Martinů’s What Men Live By , with Lucie Silkenová, Ester Pavlů, Jaroslav Březina, Ivan Kusnjer, Jan Martiník, Peter Sovoboda, the Martinů Voices and the Czech Philharmonic conducted by Jiří Bělohlávek (Supraphon). 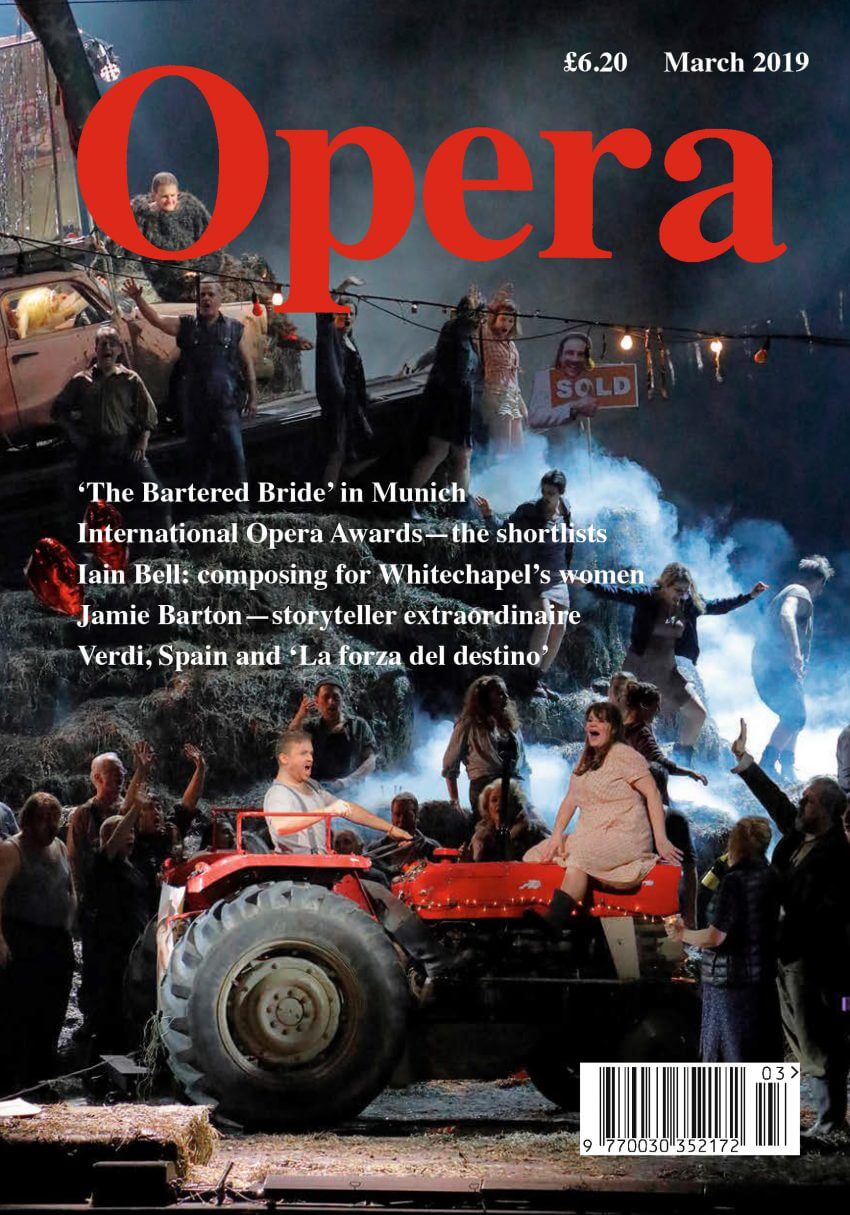