This issue sees the announcement of the shortlists for the 2020 International Opera Awards.

We were very sorry to hear of the death of the great soprano Mirella Freni as we were going to press. She will be celebrated and remembered in our April issue.

In our continuing series of articles to commemorate the 250th anniversary of the birth of Beethoven, Manfred Honeck, music director of the Pittsburgh Orchestra, discusses Fidelio with John Allison.

The soprano Rachel Willis-Sørensen, adding to her extensive repertory of roles, sings her first Alcina in Dresden this month, and talks here to Roger Pines.

Selina Cadell, whose company OperaGlass Works presents The Turn of the Screw at Wilton’s Music Hall in London at the end of March, chooses The Rake’s Progress in the recording conducted by Riccardo Chailly with Philip Langridge, Cathryn Pope and Samuel Ramey, as a personal favourite.

Our disc of the month is Leonore, with Marlis Petersen, Robin Johannsen, Maximilian Schmitt, Dimitry Ivaschchenko and René Jacobs conducting the Freiburger Barockorchester and the Zürcher Sing-Akademie (Harmonia Mundi). 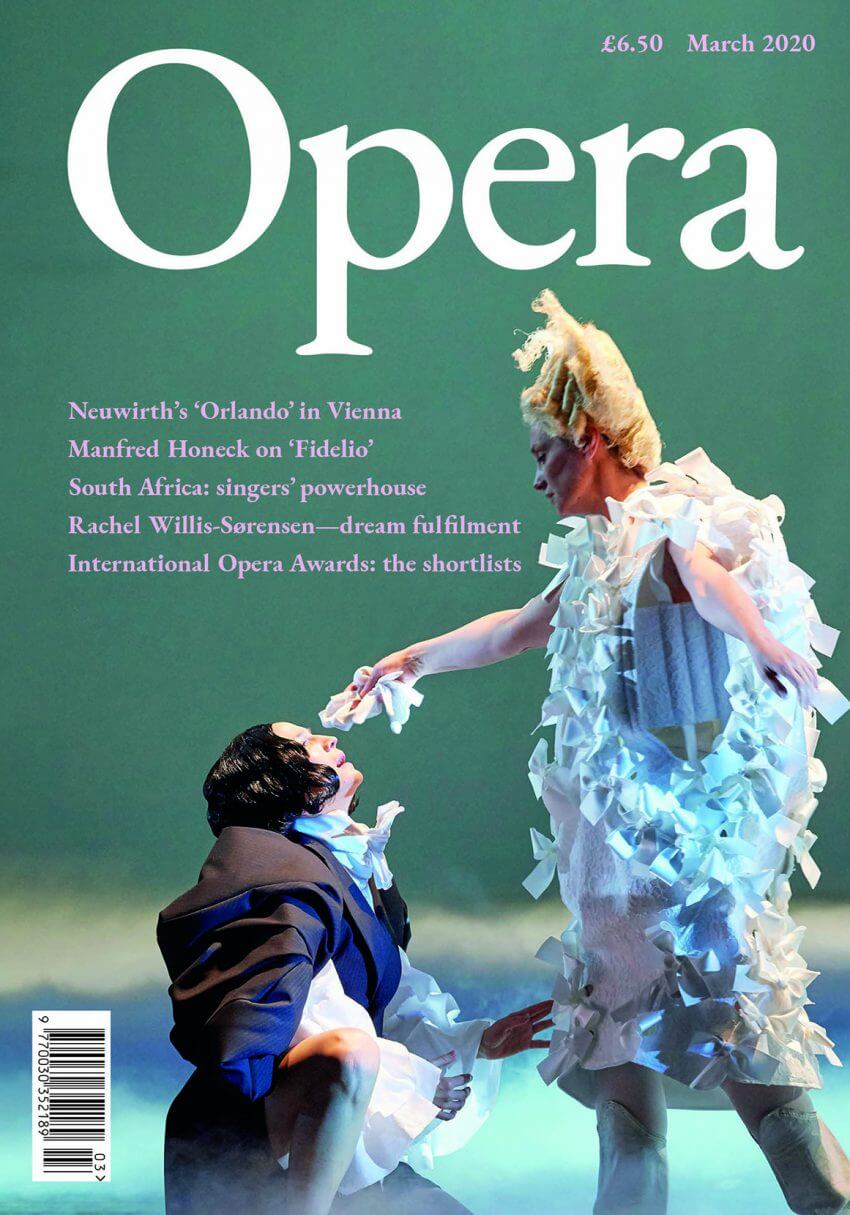