As summer festival time approaches we include in this issue our festivals directory and look at the treats in store at the Festival Verdi, at Buxton and at Garsington, with a report by Stephen Hastings from Parma, George Hall in conversation with Adrian Kelly and Michael Williams about their plans for Buxton, and Martin Duncan and Francis O’Connor considering the challenges of open-air performance with Henrietta Bredin.

Sonya Yoncheva graces our front cover and talks to John Allison as she prepares to sing Médée at Salzburg, another tigress role to add to her already impressive collection.

George Loomis discovers that Boston has more opera to offer than its reputation as a town without opera might suggest.

In our ‘For the record …’ feature, Michael Chance chooses a favourite recording: Der Rosenkavalier with the Vienna Philharmonic conducted by Georg Solti and Régine Crespin as the Marschallin and Yvonne Minton as Octavian. 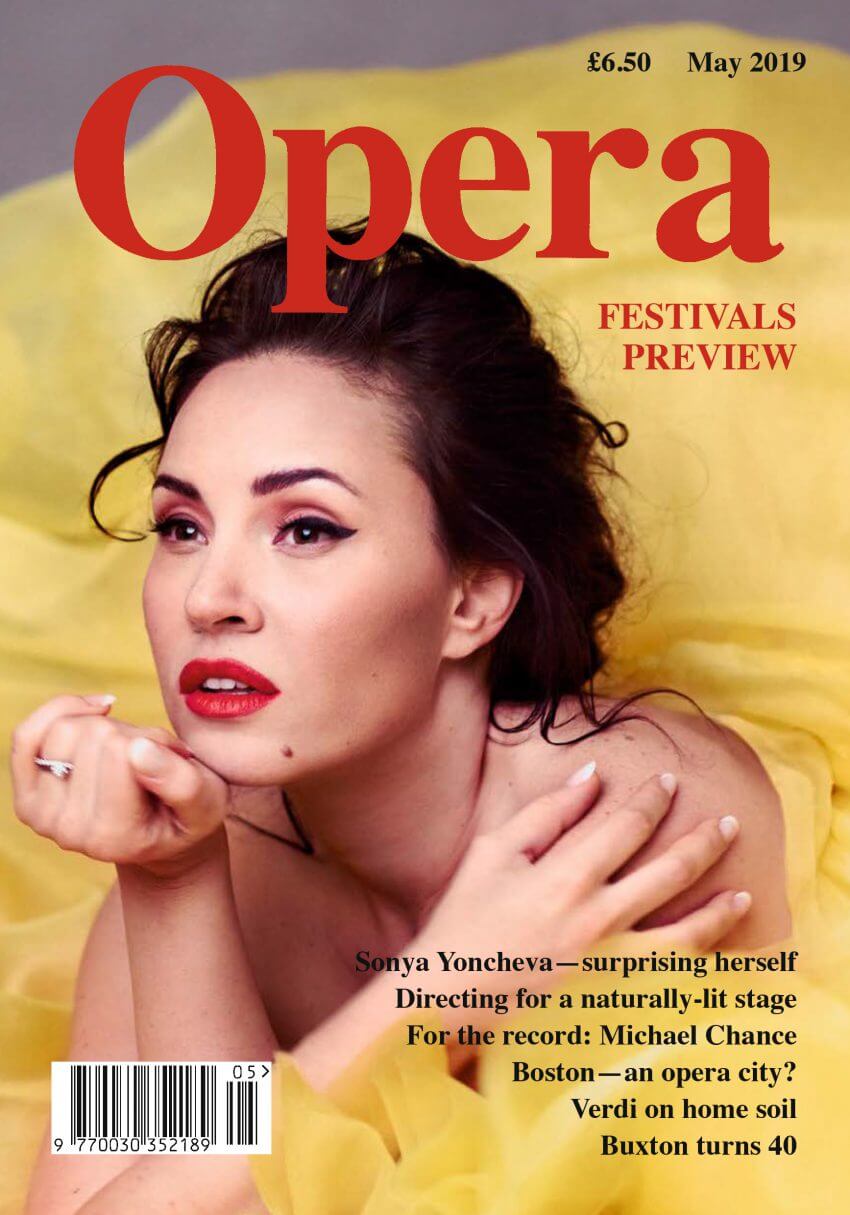