At a time when opera houses are casting what might be called the ‘big lyric’ Mozart roles—Countess Almaviva, Donna Anna and Donna Elvira, Fiordiligi—with ever younger sopranos, it comes as something of a surprise to encounter a notable Mozartian who made her debut as long ago as 1998, and has been singing on the international circuit since the beginning of the new millennium, but who is yet to make her debut as the more dominant of the sisters from Ferrara in Così fan tutte. Next month, the Swedish soprano Camilla Tilling will follow in the footsteps of her great compatriot Elisabeth Söderström in tackling this formidable role—in a new production by the Comédie-Française actor-turned-director Eric Génovèse at the Théâtre des Champs-Elysées in Paris—after long and careful consideration, and with more than a decade of experience with lighter Mozart roles—Susanna, Zerlina, Pamina—behind her.

When I spoke to her recently, she was looking forward to this taxing new assignment, but not without trepidation. ‘It’s a part I have been dying to do for a long time. I checked on the Internet when I started to learn it and I discovered that the first Fiordiligi [Adriana Ferrarese del Bene] was one of the first Susannas as well. That gave me confidence, because it tells me that Mozart considered that both roles could be sung by the same kind of voice; so, I guess Fiordiligi must be a role that could suit my voice as well. He wrote Fiordiligi for Ferrarese because she had both very low notes and high ones, and it was probably easy for her to have a success—for a normal soprano, like me, it is huge challenge.’

Susanna has been one of Tilling’s central roles since she sang it for the first time at the Royal Academy of Music in 1999 in a London Royal Schools’ Opera production of Figaro by John Copley, conducted by Colin Davis—in these pages, Margaret Davies described her as ‘an appealing soubrette’—but Fiordiligi marks a watershed for even a light lyric soprano. When I met her three or four years ago, she told me she had Fiordiligi’s arias on her piano and used them as exercises; but singing the entire role in the theatre was little more than a twinkle in her eye. Now, after the births of two sons—the elder is three and a half, the younger only one and a half—she feels she is ready.

‘One of the first productions of Così I saw was at Glyndebourne in 2000 [she was singing one of the Nieces in Peter Grimes at the festival]. It was with Barbara Frittoli as Fiordiligi, and I decided that I would never, ever sing this part. And now here I am, 12 years later, doing just that. I can’t tell yet, before I’ve sung the whole opera, whether it will work.’

It is typical of Tilling’s caution and careful career planning that she thought long and hard about where she should sing her first Fiordiligi before signing any contracts. The choice of the intimate Théâtre des Champs-Elysées is an astute one. ‘I think it’s important to know where to do your different parts. It’s a little bit of a dry acoustic for the singers, but it’s perfect for the audience—they hear everything.’ With the young French conductor Jérémie Rhorer and his period-instrument band, Le Cercle de l’Harmonie, in the pit, the circumstances of this debut could not be more propitious. But Tilling remains admirably circumspect: ‘We’ll see. If it’s a success, I would love to sing the role again in the future.’

Tilling comes from Linköping, a small town in a rural area of central Sweden, approximately half way between Stockholm and Gothenburg. ‘As a child, I would sing for hours. I suppose I was just one of those children who loved singing, and when we went out in the car, I’d sing for the whole ride. I grew up on a farm; there were no neighbours close by, so we could make a lot of noise, and I could sing without disturbing anyone. Singing is also important in Swedish schools, and we have a lot of choirs. My parents sang in the church choir and I went along and listened, and I thought: “Well, this isn’t difficult. I could do the same.” I learned all the tunes when I was quite young—six or seven. You had to memorize everything and you got a nice T-shirt with the choir’s name on it. It made me feel proud and part of the gang, I suppose.’ 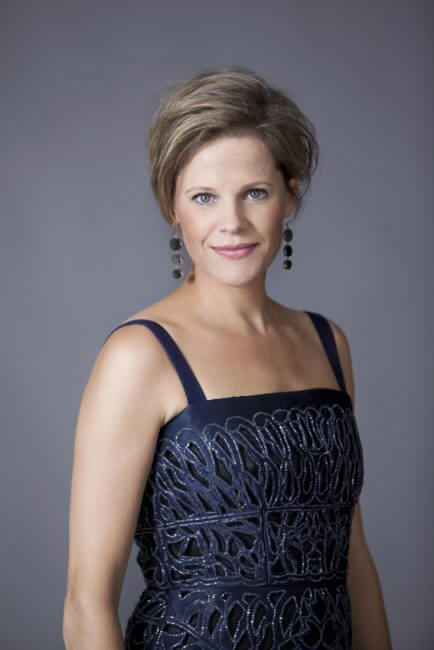