For those lamenting the shortage of Italian singers equipped to sing core Italian repertory, one artist’s steady progress onto the world’s most important operatic stages must be heartening. At a still relatively young age, Carmen Giannattasio has been a regular not only around Italy’s opera houses—including La Scala, at whose academy she studied from 1999-2001 with the Turkish soprano and bel canto specialist Leyla Gencer—but also important European houses. With her Met debut this month, as Leonora in David McVicar’s Il trovatore, she looks set to consolidate her reputation in the States, too.

A winner at Plácido Domingo’s Operalia, she gained an early reputation as a fine

proponant of bel canto in her own right, with an engrossing stage presence. Andrew Clark hailed her in these pages as ‘a prima donna in the best sense’ when reviewing her UK debut, as Elena in a 2007 Edinburgh Festival concert performance of La donna del lago, recorded for Opera Rara. An Arthaus DVD preserves an impressive Amelia Grimaldi from Bologna from the same year. Giannattasio sang Elena at Garsington

in 2008, and a breakthrough Traviata for Scottish Opera followed the next year, her

performance in David McVicar’s widely-admired production drawing universal praise. Her discography, including many well-received recordings of bel canto works on Opera Rara, is now substantial—she stars in the company’s new Il pirata (see pp. 1155-6). When we met, it was ostensibly to talk about her Met debut. But circumstances conspired to make her Royal Opera debut, originally scheduled for Maria Stuarda in 2014, the starting point for our conversation. Peter Katona, the Royal Opera’s casting director, had been looking for an opportunity to bring her first appearance forward, she tells me. When Anja Harteros and her initial replacement were both forced to withdraw from April’s revival of John Copley’s classic La Bohème, Giannattasio was ready to jump at the opportunity. And it clearly meant a great deal to her.

She starts to explain, in the emphatic, expressive manner that enlivens our whole

conversation. ‘Of course! It’s one of the most important theatres in the world. And it was wonderful to be able to perform with my best friend Fabio Capitanucci as Marcello, who studied with me in the academy at La Scala. Finding ourselves together again, not as students but as professional singers, was really very emotional for me. It’s also

significant to have people trust you with such a role at such short notice in this production.’ Copley clearly did all he could to make his new soprano feel at home, too. ‘He was there every day, and leaving very sweet postcards for me or bringing his own home-made marmalade just for me. They were spoiling me! The conductor Semyon Bychkov also gave me so much energy; I was very proud to be involved.’ And the production itself? She clearly loved it. ‘It’s very old but so romantic: it’s like watching movies from the ’60s. It is old-fashioned, but nowadays it doesn’t happen very often. So sometimes why not enjoy something old. Ancient, let’s say! 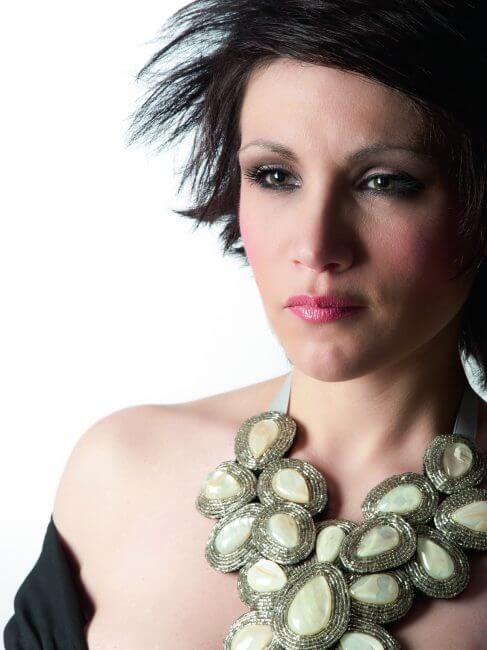