This month\’s two new openings at English National Opera conform to a pattern that has been emerging at the Coliseum in recent years. Both are co-productions with major international houses-Tom Morris\’s staging of The Death of Klinghoffer with the Metropolitan Opera, and Richard Jones\’s Les Contes d\’Hoffmann with the Bayerische Staatsoper-and part of an increasingly wide international co-producing network of which ENO is the nerve centre (one might almost say ‘powerhouse\’, if that didn\’t stir other memories at this address). Before going to talk about the phenomenon with ENO\’s artistic director John Berry in his small office perched above St Martin\’s Lane, I was given a selected list of contracted co-productions stretching until 2015 and involving 12 companies and 18 operas, but in our discussion several more houses (taking the tally to around 20) and works were mentioned as being in the planning stage. It\’s a very different scenario from a few years ago when ENO was ploughing a somewhat lonelier furrow, but does it reflect economic necessity or is it a conscious artistic choice?

In conversation, an upbeat Berry is frank about the role both factors play in the decision-making process, much as one would expect; but perhaps what distinguishes ENO\’s co-production programme now is the buzz-or at least quiet hum-about it. In this day and economic climate, hardly any opera house can afford to do without co-productions, yet for every exciting staging that genuinely deserves to be seen by wider and different audiences there are some tired old shows doing the rounds simply because the receiving theatres can\’t afford anything better or more original. But where co-productions used to be viewed mostly as a compromise, at ENO they seem to have become a new way forward; and with ENO originating the vast majority of them at the moment (this month\’s Hoffmann, which opened in Munich in October, being an exception), they can hardly be viewed as artistically second-hand. For Berry, who has now completed five seasons at the helm of the company, co-productions are his main artistic plank-more successful than his earlier flirtation with non-operatic directors-and he has become known for a particularly close collaboration with the Met that would have been unimaginable a few years ago.

‘This season we have a production opening somewhere every three weeks internationally,\’ says Berry. ‘That\’s remarkable in itself, but what really matters is whether the work is any good. That\’s what we get judged on and there are no brownie points for making friends with other opera companies. To the ENO audience at the Coliseum, it\’s of little interest whether something is co-produced-they just want to be stimulated and engaged. To journalists it\’s of no interest at all.\’ When I beg to differ here, pointing out that space constraints in most newspapers makes it unlikely that co-producing partners will get name-checked when there are musical or production details to be discussed, Berry concedes the point. ‘But I\’m happy to say that our sponsors are very excited that the work is travelling, and fascinated by the process. They\’re keen on supporting things that have another life, and widely circulating productions represent good value for money.\’

Let\’s get money out of the way first, because one of the attractions for the perennially cash-strapped ENO is the investment it receives from co-producing international companies. ‘Five years ago, the investment from co-productions was around £150,000-£160,000. At the moment it\’s about £3 million. That makes all the difference to our work. For a top-flight international company, we\’re on the poor side. We get a third of the subsidy that a place like La Monnaie does, yet we do three times the work. From a purely financial point of view, this policy allows us to experiment, to take risks and to do more work-keeping the diet across the season full of work that audiences wouldn\’t otherwise get to see. So for us, financially, it makes complete sense to have this input into our new work, in terms of both commissions and productions. It\’s a huge international investment in our work, and really allows us to punch above our weight and do far more contemporary work than we\’ve ever been able to do before.\’

ENO may be creating a lot of work-far more new productions every season now than any other British house-but it is getting a lot of income through co-producing. ‘We did well in the last Arts Council reappraisal-in fact, we were the only major opera company not to be cut. That\’s because our work was judged to be distinctive. But we can\’t rely on coming out as well from the next reappraisal. As everyone knows, these are very tough times. So we need to find our own, new income streams.\’

In the co-producing process, ENO has established for itself a new identity next to its more glamorous neighbour. Had it been in danger of becoming a Poor Man\’s Covent Garden? 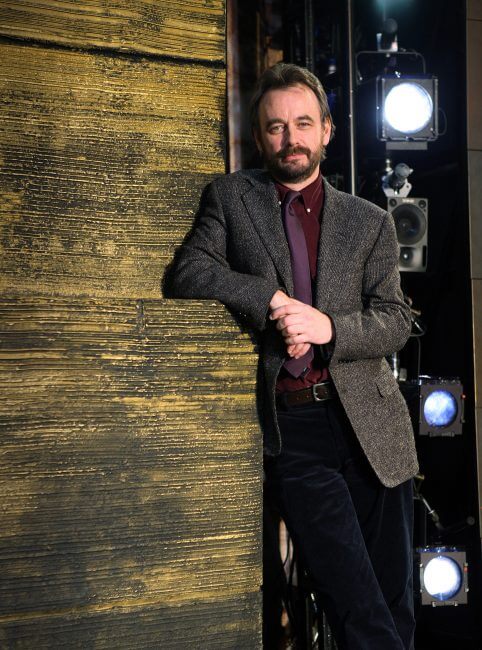