In a relatively short time, the Dutch soprano Eva-Maria Westbroek has established herself as one of the Royal Opera\’s most versatile and exciting guest stars. She made her Covent Garden debut in 2006 as Katerina Ismailova in the first revival of Richard Jones\’s production of Lady Macbeth of Mtsensk, returning the following year as Sieglinde in the first complete cycles of Keith Warner\’s Ring staging. In 2008 she fulfilled a career-long dream of singing Minnie in the Royal Opera\’s venerable, classic production of La fanciulla del West, first directed more than 30 years earlier by Piero Faggioni.

She didn\’t appear with the Royal Opera last season, but in compensation we get two helpings of Westbroek in 2010-11. She sang Elisabeth in the new production of Tannhäuser, and this month she takes the title role in a Royal Opera commission, Anna Nicole, Mark-Anthony Turnage\’s docu-opera about the rise and fall of the Playboy model and minor film- and reality-TV star who died of a prescription-drug overdose in 2007. When we met at the Royal Opera House in December, a week before the first night of Tannhäuser, I asked her how she bagged this challenging role. ‘I think it was when I was doing Lady Macbeth of Mtsensk here. I bumped into Richard Jones in Gramex-you know the record shop in Waterloo? Richard came in and said, “We\’re planning a new opera at Covent Garden and we want you in it. Would you be interested?” [she gives a good impression of Jones\’s deadpan drawl]. When he told me it was going to be about Anna Nicole Smith, I said, “Why not?”.\’

When we spoke she was commuting between Frankfurt and London, singing Sieglinde there to the Siegmund of her husband Frank van Aken, and rehearsing Tannhäuser here. I asked her if she could tell me anything about the new opera. ‘I can\’t tell you anything,\’ she said firmly but with a broad smile. ‘It\’s all a secret! But I\’ve looked her up on the net and she was quite a character. She\’s a tragic figure but it\’s quite depressing to read about her, especially on those reality shows.\’ It was Simon Rattle who encouraged her to take on the part. ‘I didn\’t know Turnage\’s music at all, but when I was doing Die Walküre with Simon in Aix-en-Provence, he told me I really should do it. So here I am!\’ It\’s clear, though, that the combination of Jones and Pappano-her director and conductor in Lady Macbeth of Mtsensk in 2006-were an important attraction. It was Pappano, she says, who saw her potential for both Wagnerian and Italian opera, as well as her important new contemporary role. But her path to these challenges makes a long and fascinating story.

Read more in the February edition. 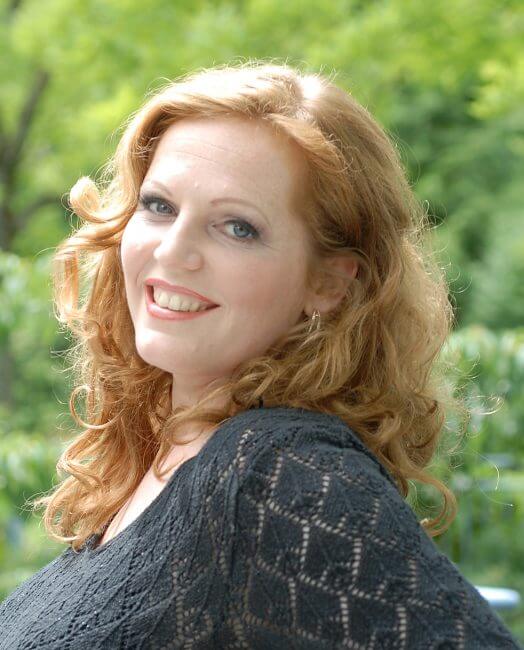