It is a dreich July day at Oxenfoord International Summer School, a week-long course for solo singers and accompanists led by that peerless song pianist Malcolm Martineau, and I have just sung Puccini’s tiny lullaby L’uccellino. Now I am working through it again, broken up into small segments, syllable by syllable, encouraged every inch of the way by the meticulously rigorous, infectiously enthusiastic Matteo Dalle Fratte.

He is a tenor, a musicologist and a vocal coach, born in Asolo and now resident in Britain, who has evolved a discipline of singing in Italian for which he has created a new term, Melofonetica. This has evolved through his own singing studies and his research into the Italian language in its purest form.

His singing lessons with the bass Paolo Badoer give him a direct link back to Puccini, via the composer’s favourite soprano, Gilda Dalla Rizza, who taught Badoer. For Dalle Fratte, this connection is not a dusty reaching into a dim past but a shining, living link that continues to inform and inspire him. ‘She was an incredible artist,’ he says, ‘and she was loved by so many composers—Mascagni, Puccini, Giordano, Zandonai. For five years, after singing La traviata for Toscanini at La Scala, she was the most successful Violetta anywhere. When Visconti came to make his famous production in the 1950s, he said to Maria Callas, “If you want to be a great Violetta, go to Venice and learn from Gilda Dalla Rizza.” And I have this history as part of my learning and understanding.’

After a degree in literature and music at the University of Padua, his career seemed to be heading more in the direction of academic research and music criticism for newspapers and magazines until he came to a realization that ‘I missed singing so much!’ and decided to take a leap into the relative unknown. ‘There were good connections for me in England so I came to London and I auditioned as a singer, at Covent Garden. They said, “The Italian is good, but maybe you should do a Master’s degree, to work on the German and the French.” And I was very lucky, I got a last-minute place at the Guildhall. My English was shocking—it was two years before I could sleep at night without worrying about my bad English. But at the end of a year, I was asked by the Guildhall if I would like to do some Italian coaching for them. That was seven years ago and that was when I realized that I didn’t really know my own language.’

In order to understand better how to coach singers he started listening to the cassette tapes of his singing lessons years earlier. ‘It was embarrassing! My teacher kept repeating a line that I was not doing well and I would try again and I kept making the same mistakes. He was saying, “You’re not supporting the breath,” but eventually what I could hear was that when he sang, the support came from the fact that he was singing through the consonants in the words. He was doing a glottal stop on the “d”, a pause on the double “l”. And I was somehow not hearing that.’

This was what became the foundation of Melofonetica. ‘I had never thought of this before. It was a challenging moment. I started researching my own language. When I teach now, I always say that my first language is Venetian, my second language is Italian with a Venetian accent, my third language is English with an Italian accent and my fourth language is “italiano neutro”, an accent-free Italian that was built by the poets in 1300 with the aim of establishing a language that was as beautiful as possible to speak, and to sing. That was the language that was kept alive by the poets of the 16th century and that was chosen as the national language at the unification of Italy in the 19th century. And it was the language that inspired the great composers to make their songs and their operas.

‘You can analyse what it is. The main thing is that Latin, the mother of European language, had both long and short vowels that could change the meaning of a word, and long and short consonants that had the same effect. English has taken on the way that the vowels work—so there is a difference between “shit” and “sheet” for example—but Italian did the opposite, so that a long and a short consonant has a direct impact on meaning. So we have “nona” and “nonna”. “Conosce la nona di Beethoven?” or “Conosce la nonna di Beethoven?” Do you know Beethoven’s Ninth Symphony, or do you know his grandmother? Two completely different meanings. When you understand this and incorporate it in the way you sing, or teach singing, the result is extraordinary. My mission now is to preserve that heritage of sound. For singers it means that they can enjoy the language more and be creative, and for an audience it means that they will hear the words as clearly articulated as possible, with their natural rhythm and power of expression.’

The soprano and voice teacher Madeleine Holmes has worked with Dalle Fratte and has found his approach extremely beneficial both in performance and for her teaching. ‘His method helps you understand the language so that when you’re preparing something you have the tools to break down the sentence and see how it’s functioning on its own, without music. He gave a recitative workshop earlier this year and we looked at how many syllables were in each line. Every libretto in the grand canon of works is built on either seven or 11 syllables to a line. That goes back to the 14th century—and I studied Italian, I’ve read Dante, but I didn’t know that. You can work it out like a code and you can see, for example, how clever Mozart is at putting the text to the music.

‘One of the exercises he suggested with recitative was to sing everything through on one note, just to get the rhythm and the flow. That was astonishingly helpful and it gives you a perception of the building blocks rather than just going by instinct. When I’m teaching I’m always trying to find ways of helping people to work things out for themselves rather than just telling them what to do. So what Matteo offers is both demystifying and very empowering. You realize that if you speak the text in the right way, good Italian releases good technique—it does the work for you, and if you understand the structure, that becomes engrained, part of your performing muscle memory. Then you’re free to draw on your instinct and imagination, without which there’s no point in any of us opening our mouths.’

In his teaching at the Guildhall and with students at the National Opera Studio, Dalle Fratte gives guided listening sessions, playing recordings of singers to demonstrate how well or otherwise they deliver the text together with the music. He has also extended this idea to his workshops. At the end of the recitative weekend attended by Madeleine Holmes, she says, ‘He set up an early evening concert in his local church in Dorking. Just before you sang an aria he would describe its context and what it meant, then you would sing and afterwards he’d ask, “So, which were the most important words to bring out in that phrase?”, and the result was that everyone loved both the singing and being included in the explanation of how it was put together.’

Most recently, Dalle Fratte has been working with John Eliot Gardiner on his Monteverdi 450 world tour of the three operas: Orfeo, L’incoronazione di Poppea and Il ritorno d’Ulisse. Around half of the cast members were Italian and the others were from a number of different countries, native speakers of other languages, English included. ‘The work that we did was the same for everyone,’ he explains. ‘John Eliot allowed me to marry my methods with his from the beginning and he had a complete understanding for and support of this. My greatest satisfaction was when people told me that they thought all the singers were Italian. That was incredible and, most of all, when we performed in Venice, the place where Monteverdi worked and composed, at La Fenice, my home opera house, the reviewers said that the diction was immaculate and many people said that they could hear and understand the text in a way that they never had before.’

As a singer, a phoneticist and a teacher, Matteo Dalle Fratte has a deep understanding of those dual aspects of performance—intellectual comprehension and instinctive physical practice. He is an abundantly generous communicator who accords anyone he teaches, from a late-starting amateur like myself to an experienced professional, the same degree of shrewd musical attention and practical focus. Moreover, his very name represents a testing ground for that consonantal lingering and enunciating on which he lavishes such precisely enthusiastic care. Mat-teo Dal-le Fr-rat-te: a man with a mission. 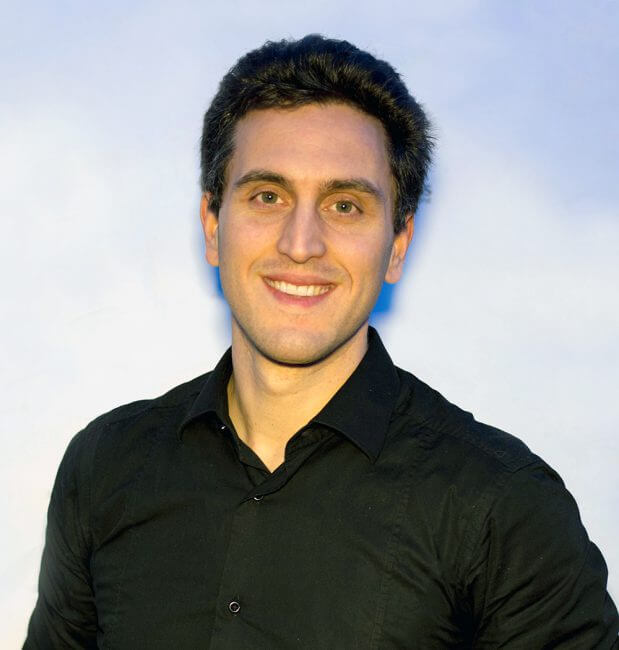