Rita Gorr, who died in the Spanish Costa Brava town of Denia (where for several years she had made her home) on January 22, less than a month before her 86th birthday, was a woman of pleasant but unexceptional looks and physique who on stage and on record transformed herself into one of the giants of post-war Grand Opera. In her heyday, indeed, the Belgian dramatic mezzo-soprano was revered and adored by countless appassionati as the most grandly exciting opera singer of her kind and category; later, in a manner hardly less remarkable, she prolonged her career to record-book lengths as a ‘character\’ mezzo and contralto, as a player of such comic and mezza-carattere cameos as Mme de la Haltière (Cendrillon), Ragonde (Comte Ory) and Filippyevna (Onegin), alongside the Carmélites Old Prioress and Queen of Spades Countess that lent her final years a particular lustre. (Hers was a 58-year career span, stretching from her 1949 Antwerp debut, as Fricka, to her 2007 Ghent farewell, as the Tchaikovsky Countess.)

In the UK and US-where, even if for a relatively brief period, she had enjoyed huge acclaim-her death occasioned a curiously low-key response (obituaries in leading English-language newspapers being late to arrive or in some cases non-existent). This can perhaps be explained by the prevalently dismissive Anglo-Saxon attitude towards almost anything Belgian, apart from chocolate, and also by the insistence of its general public on granting operatic stardom only to the high-voiced singers of both sexes. Yet anyone fortunate enough to have encountered Gorr at Covent Garden or in one of the big houses of North and South America on one of her ‘on\’ nights, and thrilled to a magnetism in which vocal sumptuousness and forcefulness of stage address were uniquely combined, will have no difficulty in recalling how brilliantly her star could shine-and even for the less fortunate, the Gorr discography, happily plumped out in recent times by the ‘live\’ performances newly available on disc and for downloading, supplies incontrovertible evidence of her stature.

And at least in Italy and, especially, France-where first (from 1952) as a member of the Strasbourg company and later (from the mid-1950s) as a Paris Opéra regular she achieved her ascent through small roles to starring ones in the Gluck, Verdi, Wagner, Saint-Saëns and Massenet operas that became her calling cards-the obituarists were in no doubt that hers was (in the words of the excellent OperaClick.it website) a true mezzo-soprano voice, ‘rigogliosa, ampia, voluttuosa, supportata da una solida tecnica e affiancata da una spiccata personalità artistica\’. And that all of those qualities helped make her ‘without doubt one of the greatest artists of the last century\’. 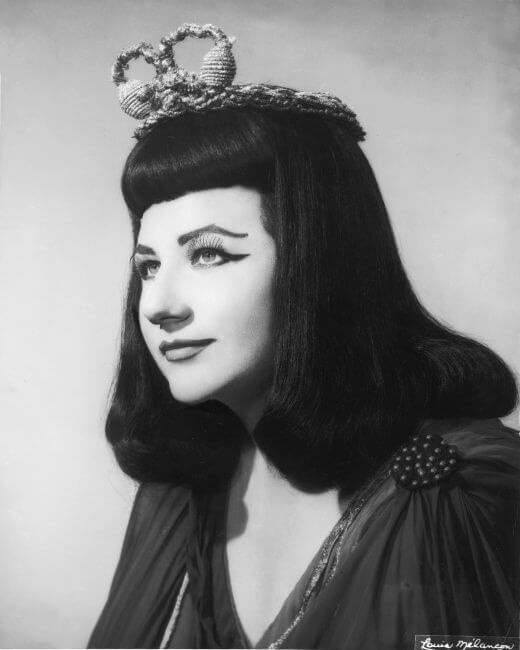