The early death (in Catania, on September 5) of Salvatore Licitra has robbed the opera world of one of the best-loved tenors of the post-Pavarotti generation. Though born in Bern (on 10 August 1968), he was brought up in Milan; he studied at the Boito Music Academy in Parma and at Bergonzi\’s Accademia Verdiana in Busseto. His 1998 debuts at Parma and the Verona Arena (to which he was to return regularly in subsequent years) were followed in short order by those at La Scala the following year and, among numerous others outside Italy, the Metropolitan in 2002 (leading to many subsequent appearances there) and Covent Garden in 2004. In addition to aria CDs and a duet disc of lighter songs with Marcelo Alvarez, he can be heard on complete recordings of ‘Il trovatore\’, ‘Un ballo in maschera\’, ‘Aida\’ and ‘Tosca\’, and heard and seen in DVDs of ‘Turandot\’, ‘Tosca\’ and ‘Il tabarro\’.

The way it happened only adds to the horrible absurdity of Salvatore Licitra\’s untimely death. On August 27, 17 days after his 43rd birthday, the tenor-on holiday in Sicily, and on his way to receive a prize in the city of Ragusa, in the province where his family originated-lost control of the motor scooter he was driving and crashed; he was transferred to the Catania hospital where nine days later he died. He had not been wearing the crash helmet that would surely have limited the seriousness of head injury; some sort of prior heart attack or cerebral haemorrhage is thought to have prompted the accident.

It is far too soon to measure the full extent of the opera world\’s loss: but the magnitude of the shock can, of course, already be calibrated. Licitra\’s actual career span had been remarkably short. His debut in a leading role, Verdi\’s Gustavo, was in 1998, in Parma; and others of the Italian spinto tenor repertory followed-Alvaro, Manrico, Radames, Cavaradossi and Pinkerton were undertaken early, Don Carlos, Luigi (Tabarro), Dick Johnson, Calaf, Canio, Andrea Chénier and Maurizio (Adriana Lecouvreur) came later. But the pinnacle one of Otello, though mooted, had (as far as I know) yet to be scheduled. Not just for this reason do I feel almost a personal sense of deprivation-and not just because the ranks of world-class Italian operatic tenors of all types have become so badly depleted in recent years, and thus the premature removal of a ‘natural\’ of Licitra\’s calibre carries a doubled feeling of penalty.

Myself, I have experienced in live performance no Italian tenor voice that has come close to Licitra\’s in terms of size, muscle power, warmth and ring at the top: as I wrote in these pages, cautiously, after the 2000 Verona Arena Forza del destino that was my introduction to him, ‘I\’ve not heard an Alvaro with a free, golden top and sufficient stamina before; a new Italian tenor of spinto potential is indeed so great a rarity that Licitra\’s more than merely promising qualities seemed almost too good to be true.\’ Subsequent encounters with him, at Verona and the Paris Bastille and recently via television and DVD relay, only emphasized the once-in-a-lifetime specialness of his authentically Italianate tone-quality and timbre, so much brighter than that of his Iberian and Latin-American contemporaries and predecessors, and also the candour and sincerity of his stage persona. He was not much of an actor, but his presence, and particularly his face of boyish sweetness, were so freely communicative that the stock gestures took on vital expressive force.

As one newspaper obituary writer after another has commented, Licitra was an uneven performer. Perhaps he came to international prominence too speedily; perhaps the famous May 2002 Concorde flight to New York to replace Pavarotti in a Met Tosca, the success of which led to all the ballyhoo and the hot air-much repeated in those same obituaries-of his being pronounced Pav\’s ‘successor\’, catapulted him too quickly into the wrong, pressured kind of celebrity, before polish and security had been invincibly acquired. In places those aria-recital discs too early made and too quickly released give nearly as clear an impression of incomplete skills as of immense natural talent.

Personally, all this said, I have little doubt that, had he lived, many more thrilling Licitra performances would still have happened-that indeed his goal-fulfilling maturity still lay ahead. It\’s simply heart-breaking that now we shall never know for sure, and that those many of us who treasured the big golden sound have only our memories of it to cling to. 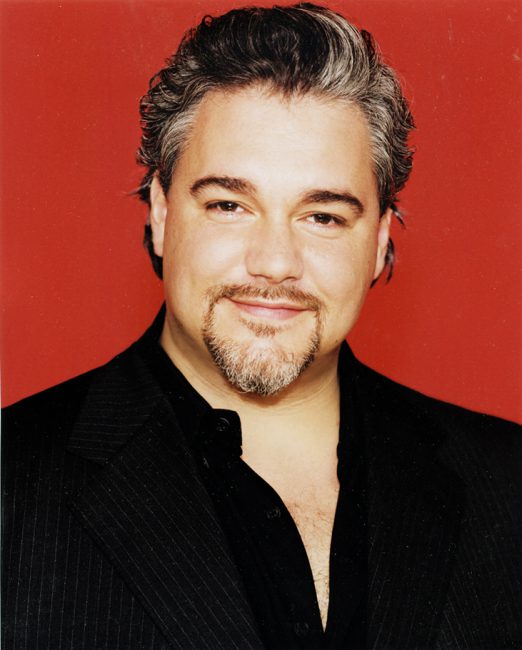