Born in Travnik in today\’s Bosnia-Hercegovina on 24 October 1921 to a Yugoslavian father and Viennese mother, Sena (Srebrenka) Jurinac studied in Zagreb and was a pupil of Mila Kostrencic. She made her debut at the Zagreb opera house in 1942 as Mimì; the Countess (‘Figaro\’) and Freia (‘Rheingold\’) followed, along with the role of Isabella in the premiere of Werner Egk\’s ‘Columbus\’. She was first approached by the Vienna Staatsoper in 1944, but did not appear there until 1 May 1945, as

Cherubino, inaugurating a lifelong relationship with the ‘Haus am Ring\’: she became an ‘Ehrenmitglied\’ in 1968 and made her final stage appearance there as the Marschallin in 1982. Her repertoire was broad, but she came to embody the elegance and sophistication of the Viennese postwar tradition and was particularly renowned for her peerless interpretations of Mozart and Richard Strauss. She died at home near Augsburg on 22 November 2011. Sir George Christie\’s personal memoir of her at Glyndebourne is followed by an obituary by Hugh Canning.

Sena Jurinac possessed a voice of nature, characterized by innate purity, technical facility and musicality. (Her speaking voice was no less mellifluous and expressive.) Her talent as an actress and communicator was equally God-given, and unerringly hit all dramatic and vocal targets. She was a mistress of understatement and possessor of natural authority.

Her principal stronghold during a 40-year career was, of course, the Staatsoper in Vienna, where from her early years she was pivotal among a roster of artists (the likes of Irmgard Seefried, Elisabeth Schwarzkopf, Anneliese Rothenberger et al.) without equal in the world, and where she was ultimately and inevitably made a Kammer-sängerin. However, between 1948 and 1956 she also reigned supreme in the Glyndebourne company, singing six of the most prominent female roles in the three Mozart-Da Ponte operas, Ilia in Idomeneo (the quality of her voice reminded me of the bloom on Muscat grapes), Leonora in La forza del destino and, indelibly etched in the memory, the Composer in Ariadne. (Delusion and disbelief were expressed when Glyndebourne announced that Ariadne was to be revived in 1957 without Sena. Glyndebourne\’s response turned out to be rather more than a palliative-in the shape of Elisabeth Söderström).

She married another star in Glyndebourne\’s firmament, Sesto Bruscantini, in 1953: a match generally considered to be made in heaven between two highly intelligent and gifted singers. At the end of the marriage ceremony, and with barely a pause, they went on to perform Così at Glyndebourne. (The festival has an extraordinary success rate in ‘brokering\’ marriages, which I put down to the yew hedges in the gardens on moonlit nights.) Alas, the marriage lasted only three years; its end coincided with Sena\’s departure from Glyndebourne (and its yew hedges).

She was also utterly engaging company, with a mercurial and acerbic wit, an all-embracing heart and beguiling good looks; she fell short in none of life\’s departments. Sena should, in my view, have displaced Euterpe as the muse of music. 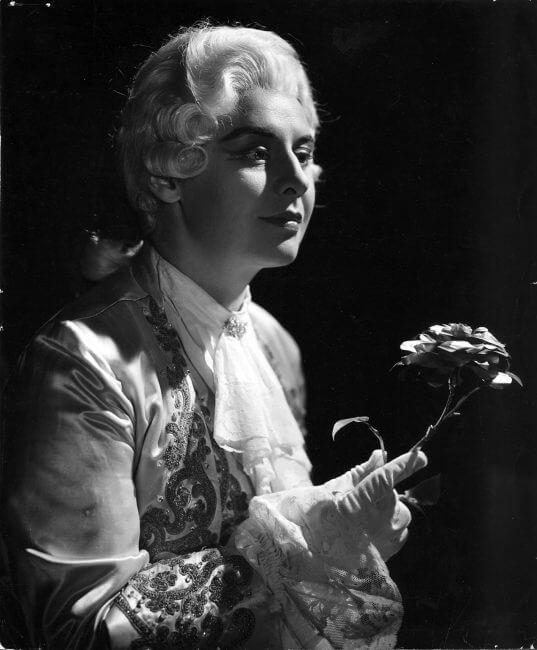