In 1979 a long-awaited revival of Oklahoma! arrived on Broadway. Having grown up listening to musicals, I had cherished the show’s central couple, Laurey and Curley, sung by luminous sopranos and mellow-toned baritones in the 1943 original-cast album and 1955 film soundtrack. I knew the revival’s singers in those roles were capable of similarly high-quality singing, yet the conductor and/or director had seemingly prevented them from achieving it. In the theatre their vocalism disappointed, with hard, brassy, un-heady tone that neglected the composer Richard Rodgers’s exquisite legato.

The ‘trained’ voice (‘legit’, if you prefer) was once essential on Broadway. That sound, while generally not quite operatic in scale, offered full but smooth-textured tone, wide range, easy access to head tone, and clear, unfussy shaping of text—in effect, ‘Broadway bel canto’. Then, in the 1960s, as every other aspect of life changed, musical theatre changed, too. Suddenly the ‘trained’ sound smacked of the opera house, from which Broadway clearly wished to stay far removed. Stylistically speaking, today’s musical-theatre creators have little use for the vocal practices and sounds of the genre’s Golden Age (1940s, ’50s, early ’60s). What is needed, however, is producers’ and music directors’ insistence upon ‘legit’ sound in the classic shows that clearly demand it.

My long-standing attraction to musical-theatre vocalism has led me to examine it over the decades. Particularly helpful on this journey has been the Metropolitan Opera Guild’s massive CD set entitled Original Cast!, possibly the most comprehensive recorded anthology of musical theatre ever released.

Early-20th-century Broadway didn’t offer much middle ground between the comedian possessing precious little voice and the opera or operetta singer. The ’20s was the era of the dancers who sang, (Fred and Adele Astaire, for example). Kern and Hammerstein’s Show Boat (1927) stood out for vocal variety, from the opera baritone Jules Bledsoe and operetta tenor Howard Marsh (previously Romberg’s first Student Prince) to two contrasting popular singers, fragile-voiced Helen Morgan and earthy Tess Gardella. The next decade found the mighty Ethel Merman achieving stardom in the shows of Gershwin and Porter. The ultimate trumpeting belter, she made every word tell, blended her registers perfectly and, when a song required it, could float admirable head tones (not those of a ‘legit’ soprano, obviously, but clear and sweet).

A very different but equally celebrated Broadway performer, Mary Martin, also made her first splash in the 1930s. With a more limited instrument—neither pure ‘legit’ nor pure belter, and increasingly reduced in range as her career proceeded—it was Martin’s uniquely lovable personality that earned audiences’ adoration. ‘Musicals of the 1930s were built around comics,’ says today’s pre-eminent Broadway conductor, Ted Sperling, citing Merman, Bob Hope and Jimmy Durante. ‘They weren’t expected to sing in an operetta style—they were there to be personalities and be funny.’ But the more classically-orientated sound thrived, too, as in Kern’s The Cat and the Fiddle and Music in the Air, the latter starring the former Met soprano Mary Ellis.

The finest ‘legit’ ladies of the 1940s possessed an especially womanly vocal presence, especially the ultra-sophisticated Vivienne Segal, whose warm, ripe timbre didn’t impede her finely etched textual delivery. No ’40s musical-theatre soprano sang more radiantly than Marion Bell in Brigadoon (listen to ‘Waitin’ for My Dearie’, with its ascending scale up to a sustained piano high A). Memorable, too, was the darker-voiced Patricia Morison, who brought fabulous panache to Kiss Me, Kate.

Among male starring roles, baritones ruled, along with one bass—the legendary Ezio Pinza (in South Pacific his voice so intimidated Mary Martin that she insisted their duets not involve any singing together). Other leading men could have tried opera, especially John Raitt, who auditioned for Rodgers and Hammerstein with ‘Largo al factotum’! The voices, looks and charisma of Raitt (Carousel) and Alfred Drake (Oklahoma!, Kiss Me, Kate) assured them of exalted stature in musical theatre. They complemented each other—Drake with luxurious tonal velvet and polished dramatic skills, Raitt with brighter timbre, even wider range and overwhelming machismo.

In the 1950s and early ’60s, genuinely operatic instruments were welcome only when singers’ timbre, style and acting ability aptly served the work. Helen Traubel, a Wagnerian par excellence, was seriously miscast in Rodgers and Hammerstein’s Pipe Dream, but the Met baritone Robert Weede scored in Frank Loesser’s The Most Happy Fella. A vocal and dramatic powerhouse, Weede sang with a Verdian amplitude appropriate for the most operatic of 1950s musicals. In contrast, a few years later another notable—albeit lyric—Met baritone, John Reardon, appeared in Do Re Mi (music by Jule Styne, lyrics by Betty Comden and Adolph Green). Reardon’s character had a gorgeous ballad, ‘Make Someone Happy’, instantly appropriated by popular singers. The vocalism was thrilling, yet Reardon also served the style as persuasively as one could imagine with a Sinatra or a Tormé.

For women, the 1950s and early ’60s were peak years for ‘legit’ sound. Would any of those voices have had the ‘oomph’ for certain lyric roles in opera? Very possibly—after all, they were filling theatres on their own power (stars weren’t body-miked until Jamaica’s Lena Horne in 1957 and Carnival!’s Anna Maria Alberghetti in 1961). These soprano heroines were notably individual in timbre—think of the matchlessly dulcet-voiced Julie Andrews (The Boy Friend, My Fair Lady, Camelot) or a singer with a delectable lemony twist to her sound, Barbara Cook (creator of eight musical-theatre leads from 1951 to 1971). Memorably lovely vocalism could also be heard from Carol Lawrence, Doretta Morrow, Jo Sullivan and Susan Watson (see left). A standout for her luscious richness of sound was a performer too little remembered today, Priscilla Gillette, star of Cole Porter’s Out of this World and Jerome Moross and John Latouche’s The Golden Apple. One can easily imagine this voice in, say, ‘Dove sono’. Porter’s show included an exquisite ballad, ‘Use Your Imagination’, in which Gillette’s timbre, deployed in superbly sculpted legato phrases, leaves the listener enraptured. 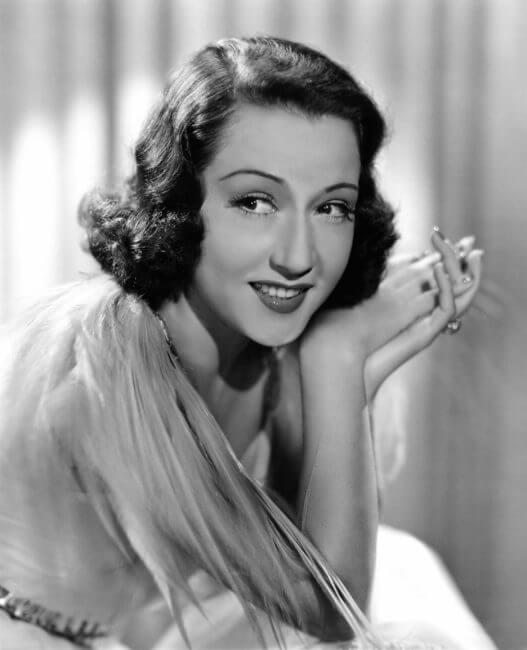