The days when opera thrived in Iran, and Tehran boasted an outstanding house (Roudaki Hall) that staged around 15 operas a year (including several new productions) and regularly presented some of the leading opera stars of the day now seem so distant as to be almost mythical. They came to an end following the 1979 Islamic Revolution, when the state shut down the Tehran Opera Company and made it illegal for women to sing solo in public. Perhaps the most creative of the rare attempts to keep opera alive have included the dissimulation, as puppet shows, of works by Iranian composers. Loris Tjeknavorian’s Rostam and Sohrab, based on a Persian epic poem, was the first of these when it was given as a ‘puppet opera’ in Tehran in 2005. Behzad Abdi’s wonderful Rumi, based on a 13th-century Persian text, was given in this manner in 2010, using a sound recording made in Ukraine.

Attitudes to music, and to women, have eased somewhat in the last few years, so much so that, for example, a production of Gianni Schicchi with an Iranian cast was presented in Vahdat Hall in 2013. And in 2019 Carmen was staged for the first time since the revolution, albeit with compromises: the cast was entirely female, and only women were allowed to attend.

If this easing has not been to the benefit of Sheida Gharachedaghi’s The Fairies, that probably has as much to do with the work’s political content as with anything else. After her composition studies in Vienna in the 1960s, Gharachedaghi became one of Iran’s most active composers. But shortly after the revolution she left Iran (for Germany, then Canada) and has not returned. For The Fairies—claimed to be the first Persian opera with an English libretto—she worked with a translation of an early set of poems by the Nobel Prize-nominated Ahmad Shamlu. Arguably the leading Iranian poet of the 20th century, Shamlu was also known as the ‘Poet of Freedom’; unsurprisingly, both the monarchy and the Islamic regime persecuted him for his leftist views. Gharachedaghi completed the opera in 1989. It was immediately banned in Iran, but premiered and recorded later that year in Toronto. Its release now, by the Amsterdam-based Persian Dutch Network, commemorates the 20th anniversary of Shamlu’s death. (CD production was funded by The Iranian Women’s Studies Foundation.)

It’s a surprise, then, to discover that the work has so little to do with the tradition of Persian music. (Only one section lays any direct claim to that tradition.) Gharachedaghi calls her idiom ‘classical Iranian music’, and many of her compositions seek to give expression to her belief that ‘we need a kind of music which could relate the occidental with the oriental’. But this distinctly pre-modernist piece has affinities with any number of big-voiced solo and choral works that make strong humanistic claims in an idiom that is tonal, uncomplicated, rhythmically striking and full of rousing melody. Occasionally one discerns hints of late-19th-century Russian music. The pace is measured, sometimes processional or marked by bold, punctuated exclamations, but always ready to erupt into opulent melodies that are stirring, anthemic, propelled by a rolling, soulful lyricism, and borne primarily by three unnamed protagonists (soprano, tenor, baritone) and a chorus. The sections for orchestra alone are also effective, none more so than a so-called ‘Devil’s Dance’, which has more to do with militaristic boots than with any fleet-footed Mephisto.

Slavery, imprisonment and freedom are the key features of a libretto that unfolds as a sequence of poems. On the face of it the work is closer to oratorio than to opera, and it’s not easy to imagine how it might be given a dramatic staging; the brief booklet notes are silent on this point. But with lyrics such as ‘everybody sing and dance/ this is a real people’s chance’, ‘darkness away, devils die!’, ‘hand in hand we all shall build/ free and happy, a new world’, it’s not hard to fathom why the work has been banned in Iran for three decades.

The uncomplicated vocal lines are finely sung. Warm-timbred and vocally attractive, Monica Whicher is especially memorable. Thomas Rickerts appears intermittently as a narrator, proclaiming his lines with admirable clarity and passion. The orchestra plays impressively. Though idiomatically there’s little new on offer here, the music is freshly construed and everything is affectingly done. It would be easy to be snooty about its relative simplicity. But this is humane music, offered without pretension and with great integrity. 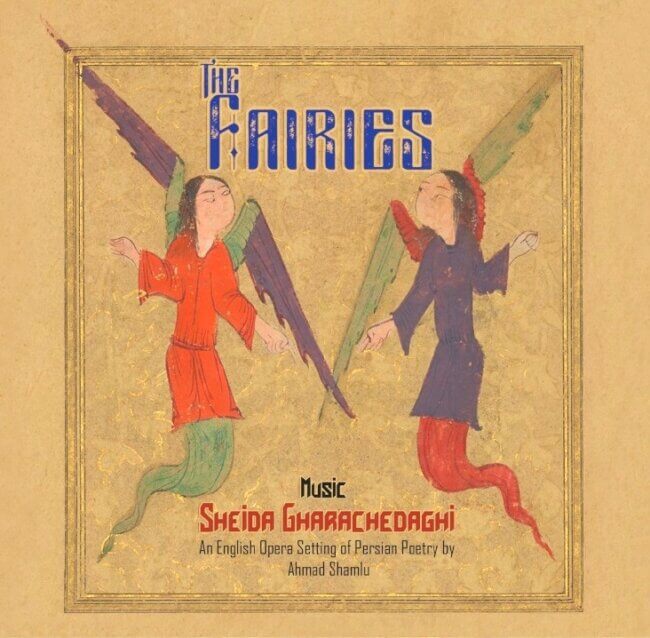