Joan and I became good friends almost exactly 50 years ago; it\’s very nearly half a century since we jointly made our New York debuts in Beatrice di Tenda. I know they were much more excited about her-I was standing in for Giulietta Simionato and had to fly into New York in the grip of a terrible snowstorm-but it was a big success. The occasion was the 21 February 1961 Town Hall concert version, which produced such a demand for tickets that we then moved to Carnegie Hall for the two further performances. We took to each other then.

I had of course already heard about Sutherland. I remember being under contract in Gelsenkirchen; listening with one of my best friends to a broadcast of Sutherland, we simply knew: This Is It. Two years later, there I was rehearsing with her. Not long afterwards, Joan and Ricky came to California (for concerts at the Hollywood Bowl, I think), where I was living at the time. Terry McEwan was there too, and we all got to know each other relaxing around the swimming pool of our house. Ricky helped me with the style and ornamentation for the Fille du régiment at San Francisco Opera that was coming up the following fall. And my then-husband, Henry Lewis, prepared Ricky for his conducting debut-La sonnambula. So it was one big ‘Getting to Know You\’ all round …

We were together again for my Met debut, in Norma in 1970, and I wouldn\’t have wanted it any other way. We had plenty of favourites-among them Semiramide, with its extended duets, and the Verdi Requiem-but nothing touched ‘Mira, o Norma\’ and we did that opera in several places. I still can\’t walk down the street in New York without someone coming up to me and saying how they will never forget our partnership. And I wouldn\’t have wanted her to make her Covent Garden farewell without me, but of course both Luciano and I were able to join her for that Fledermaus on New Year\’s Eve in 1990. It was quite an evening. I remember seeing all the streamers and fireworks and saying, ‘Remind me to retire on New Year\’s Eve too\’.

Just as I originally thought I\’d be a soprano, she thought she\’d be a mezzo-it takes time for voices to show their maturity. But it all came to fruition for me-when I found I had those low notes-in my bel canto work with Joan and Ricky. Over the years we just grew closer and closer, especially recently when we were both ill. We\’d be calling up to keep tabs on each other, to see how the other was doing. Joan taught me a lot-even needlepoint-and we\’d always gossip about the opera world. She and Ricky were generous to my foundation, and one year came over and taught masterclasses and even appeared at a Carnegie Hall gala. I miss her greatly, and cannot listen to her voice right now-as I find still with Luciano, another one with whom I shared illness. There\’s a sadness that hangs over me.

We never had to work hard to blend: we both just knew how to listen. And we both wanted the sum of the parts, not the parts. Her voice, with its gorgeous, silver sound, went straight into the ear, with great resonance. People forget how big her voice was. It was the same thing with Tebaldi. You don\’t get that from the recordings. 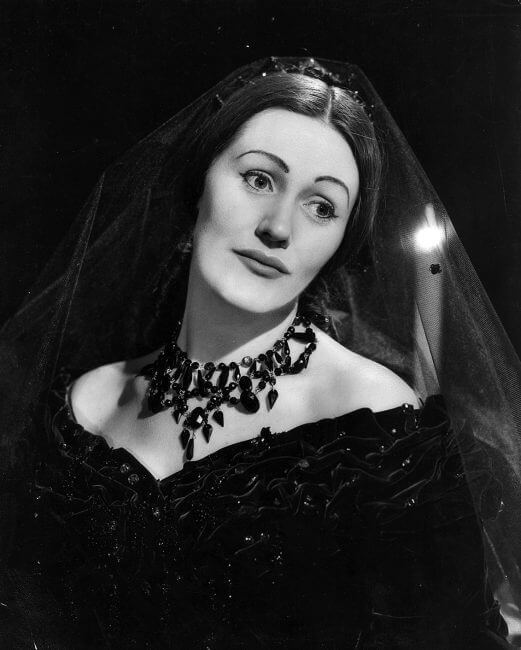