Twilight of the tickets

It’s vital that you help us expand our horizons in Africa. This was the mission Richard Wagner’s grandson Wolfgang bequeathed to Herbert Glöckner, a South African who had worked for the International Air Transport Association in Geneva but in retirement had returned to Cape Town in 1992. Glöckner had been a regular visitor to the Bayreuth Festival during Wolfgang’s long regime as its director. ‘It wasn’t as if I really had a choice,’ he recalls. The previous secretary of the small South African Wagner Society had died, so it seemed ‘logical’ to accept. Attached was a little sweetener: an allocation of 20 tickets to the festival. With this carrot, membership jumped from 24 to 80 within a few months. Twenty years on, Glöckner runs a flourishing society with 160 members from as far afield as Mozambique, Morocco and Namibia.

Another instance of Wolfgang’s particular interest in expanding Wagner’s global reach comes from Thailand. Hearing that Somtow Sucharitkul was planning the first ever Ring cycle in southeast Asia in Bangkok, Wolfgang invited the Thai conductor to Bayreuth.

During the interval of Die Walküre, Wolfgang suggested Somtow create the first Wagner society in southeast Asia. Somtow cordially offered Wolfgang reciprocal hospitality: in 2003, at the age of 83, he and his wife Gudrun were put up in the Bangkok Sheraton. They attended a concert that included bleeding chunks of Wagner before officially inaugurating the society.

For over a century, a network of Wagner societies around the world has furthered the Meister’s cult and provided a focus for his devotees. As the examples above suggest, Bayreuth took these societies seriously. Now, suddenly, it has turned its back on them—with a letter sent out on December 14 last year withdrawing one of their time-honoured privileges: tickets, the Wagner-lover’s longed-for gold. This issue has created deep divisions and put the very existence of the societies at risk. So what’s going on?

Some background is necessary here. There are currently approximately 23,000 members of 135 Wagner societies worldwide. Even Asia, historically resistant to Wagner’s power, has caught the bug, with two branches in Japan and one taking shape in Shanghai. Are there comparable numbers of Mozart and Shakespeare societies? It’s doubtful. Most outings to Salzburg or Stratford-upon-Avon are little more than obligatory stops on a tourist agenda, but for many Wagnerians a trip to Bayreuth represents the operatic equivalent of the Haj, an expensive pilgrimage and often a once-in-a-lifetime experience. Shakespeare and Mozart embody, arguably, a rational humanism. Wagner, on the other hand, deals in walls of fire, magic swords and forest dragons. But for all the fantasy, there is also a didactic element that aims to seduce and persuade. Wagner is cabbalistic, waiting to be decoded but open to multiple interpretations. When people talk of being ‘initiated’ into Wagner, the societies provide them with parish church, priest and congregation. The first Wagner society was launched in Munich in 1871, one year after the premiere of Die Walküre. 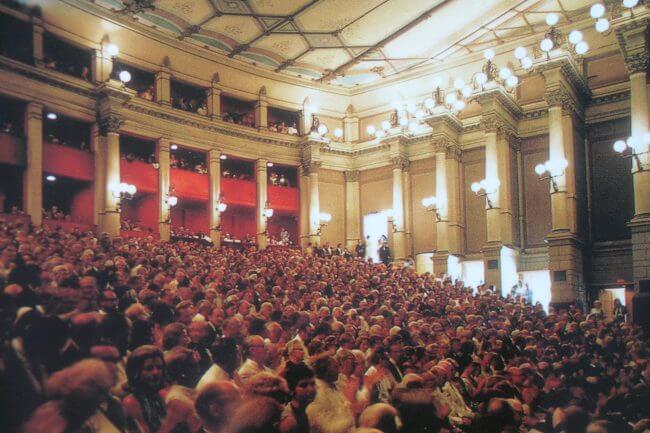