This comes with our very best wishes to all our readers for a happy 2020.

ENO’s Orpheus season is now over but we look back at it on our front cover, with Peter Hoare in Harrison Birtwistle’s The Mask of Orpheus.

The Israeli conductor Omer Meir Wellber talks to Hugo Shirley as he prepares to conduct Parsifal in Palermo, where he is the new music director of the Teatro Massimo.

Three great countertenors—James Bowman, Anthony Roth Costanzo and Iestyn Davies—discuss their own career paths and the way in which the voice type has become more familiar and more popular in recent years.

Danielle Simon and Francesca Vella have been listening to Il cuore di Wanda, an eight-minute opera written specifically for radio, the first Italian work of its kind, first broadcast in December 1931.

Max Loppert’s choice of a life-changing recording is Rameau’s Castor et Pollux, made in 1982 after performances at the English Bach Festival.

Reviews of new productions include The Mask of Orpheus and Orphée at English National Opera; Massenet’s Don Quichotte, Rossini’s Adina and La cucina, Vivaldi’s Dorilla in Tempe and a concert performance of Stanford’s The Veiled Prophet in David Agler’s final season as the Wexford Festival’s artistic director; Lady Macbeth of Mtsensk, Manon Lescaut and Tamerlano in Frankfurt; The Turn of the Screw in Wellington; Denis & Katya by Philip Venables in Philadelphia; Le nozze di Figaro in San Francisco; La forza del destino and The Bassarids in Berlin; Yevgeny Onegin in Tokyo; Guilllaume Tell in Lyon; Nabucco, I due Foscari and Luisa Miller in Parma; Das Rheingold in Helsinki.

Our disc of the month is Duke Bluebeard’s Castle with Michelle DeYoung and John Relyea and the Bergen Philharmonic Orchestra conducted by Edward Gardner (Chandos). 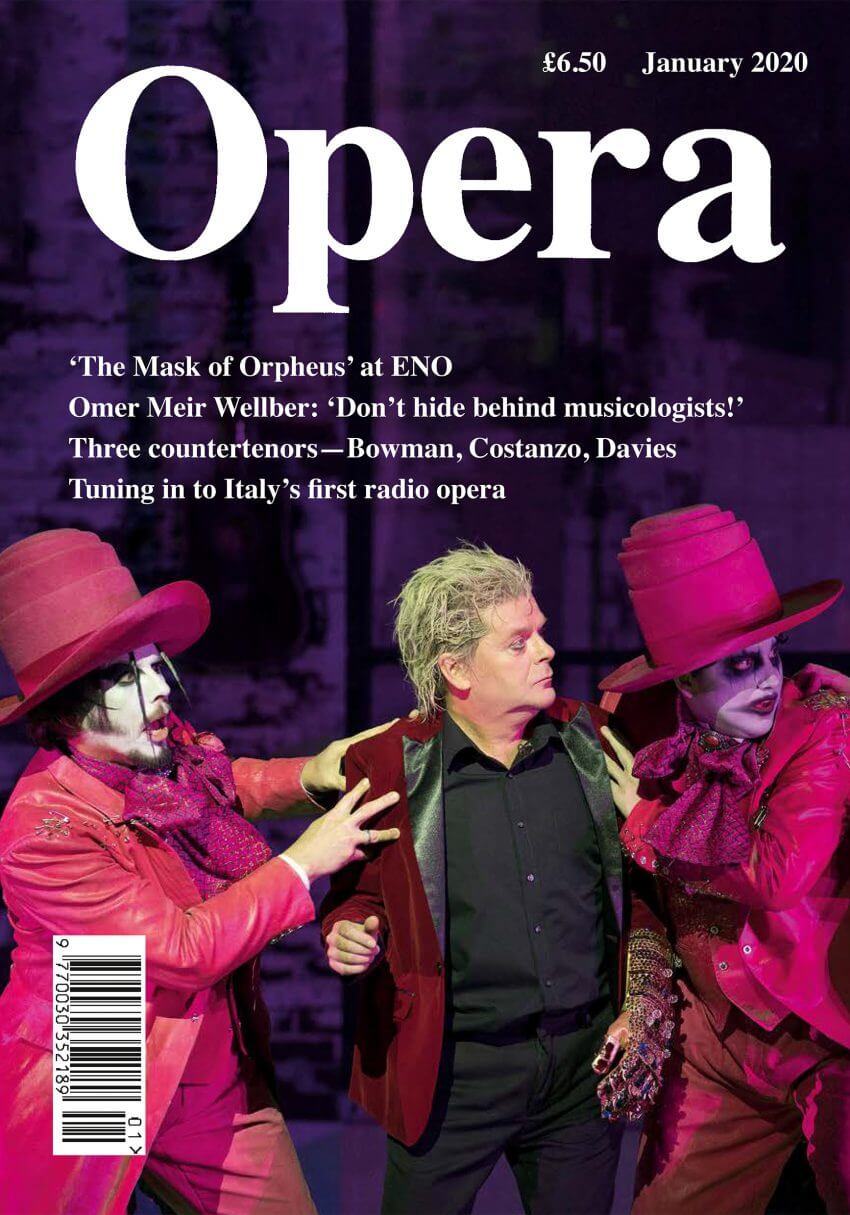