We have a bear and a ballerina on our front cover, and inside there are reviews of operas including Don Giovanni in Vienna, La Fille du régiment in Bergamo, Otello in Naples, Die Meistersinger in Tokyo and Rigoletto at the Met in New York and at Opera North in Leeds.

This month’s features include: 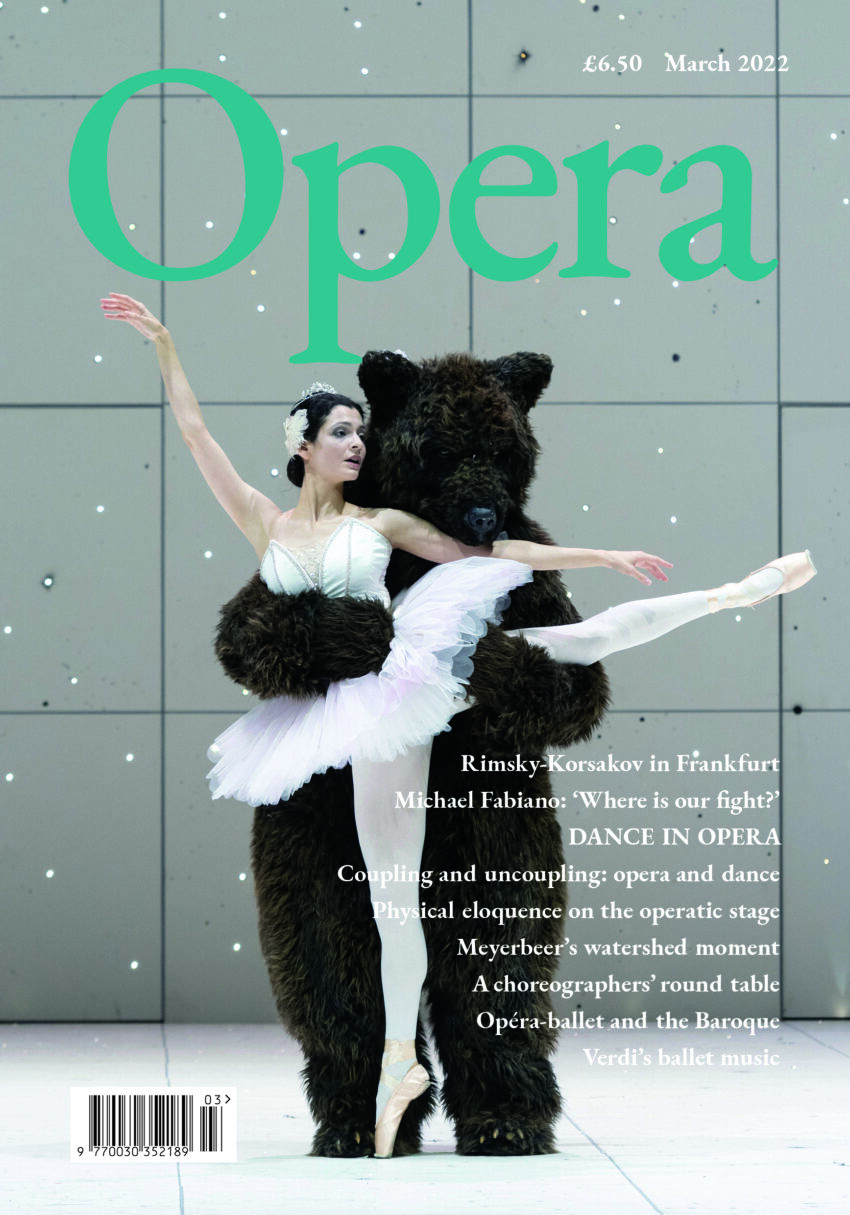