In his 250th birthday month, Beethoven looks out at us from the cover of our new magazine. Thousands of planned performances of his music were lost to Covid cancellations in 2020, so we thought this was a good moment to make up a little for what we’ve missed in the way of Fidelio productions and delve into his great operatic masterpiece. Our features include a round table discussing the supposed problems of this opera, and in our ‘Great singers in great roles’ series, Christa Ludwig — now aged 92! — looks back at singing Leonore. The opera’s title role is considered from a political perspective by Chris Walton, and we revisit the fascinating figure of Jean-Nicolas Bouilly, the man who first told Leonore’s story. We look at opera’s treatment of the French Revolution and consider Fidelio in the context of other operas dealing with the death penalty.

But it’s not all Beethoven. Other features this month include:

—A profile of the Italian soprano Rosa Feola

We review the autumn’s live performances. Our ‘For the record’ guest this month is the violinist Pekka Kuusisto and our ‘Disc of the month’ is Monteverdi’s Orfeo on Naïve. 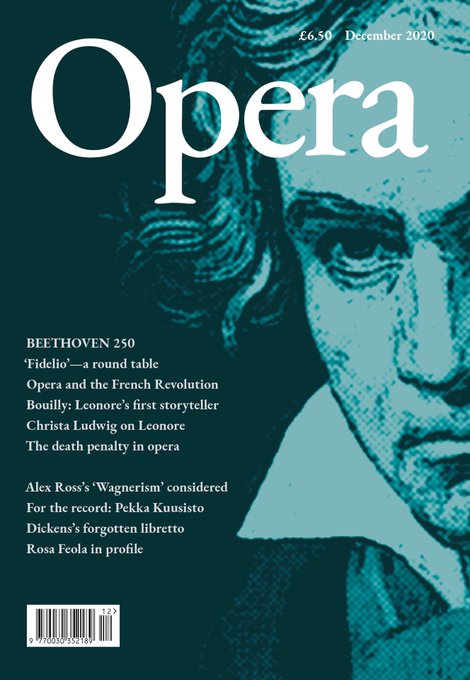