Our September issue will soon be on its way to subscribers. The cover is colourfully upbeat — an antidote to the national mood — and features the tenor Nicky Spence, who in conversation with Hugh Canning looks back at his career path and forward towards new, more heroic challenges, as he prepares to sing Manolios in Martinů’s masterpiece The Greek Passion in a new production at Opera North.

English National Opera’s Orpheus season has inspired Christopher Webber to look at music’s founding myth, and we welcome the distinguished musicologist Ralph P. Locke to our pages this month as he introduces Rameau’s Les Indes galantes in advance of its performances this autumn in Paris, Geneva and Versailles. The tenor Michael Fabiano, due to sing Des Grieux in Manon at the Met this month and next (when Massenet’s opera will go Live in HD), picks a favourite recording — Otello with Mario Del Monaco and Renata Tebaldi, conducted by Herbert von Karajan — and doesn’t quite rule out the possibility of singing Otello himself one day. ‘It’s doubtful,’ he says, ‘but I won’t say no. One never knows.’

Continuing our summer festival coverage, we have reviews this month from Aix-en-Provence, Buxton, Glyndebourne, Garsington, Göttingen, Verona, the Holland Festival, Glimmerglass and Spoleto USA. Other new productions enthusiastically reviewed include Die tote Stadt and I masnadieri at La Scala, and Moniuszko’s Paria in Poznań, and connoisseurs of unusual works will also find here everything from Rubinstein’s Demon in London to Meredith Monk’s Atlas in LA.

Our disc of the month is Lehár’s Die lustige Witwe , recorded on the Oehms label at Oper Frankfurt with Marlis Petersen in the title role under the baton of Joana Mallwitz. 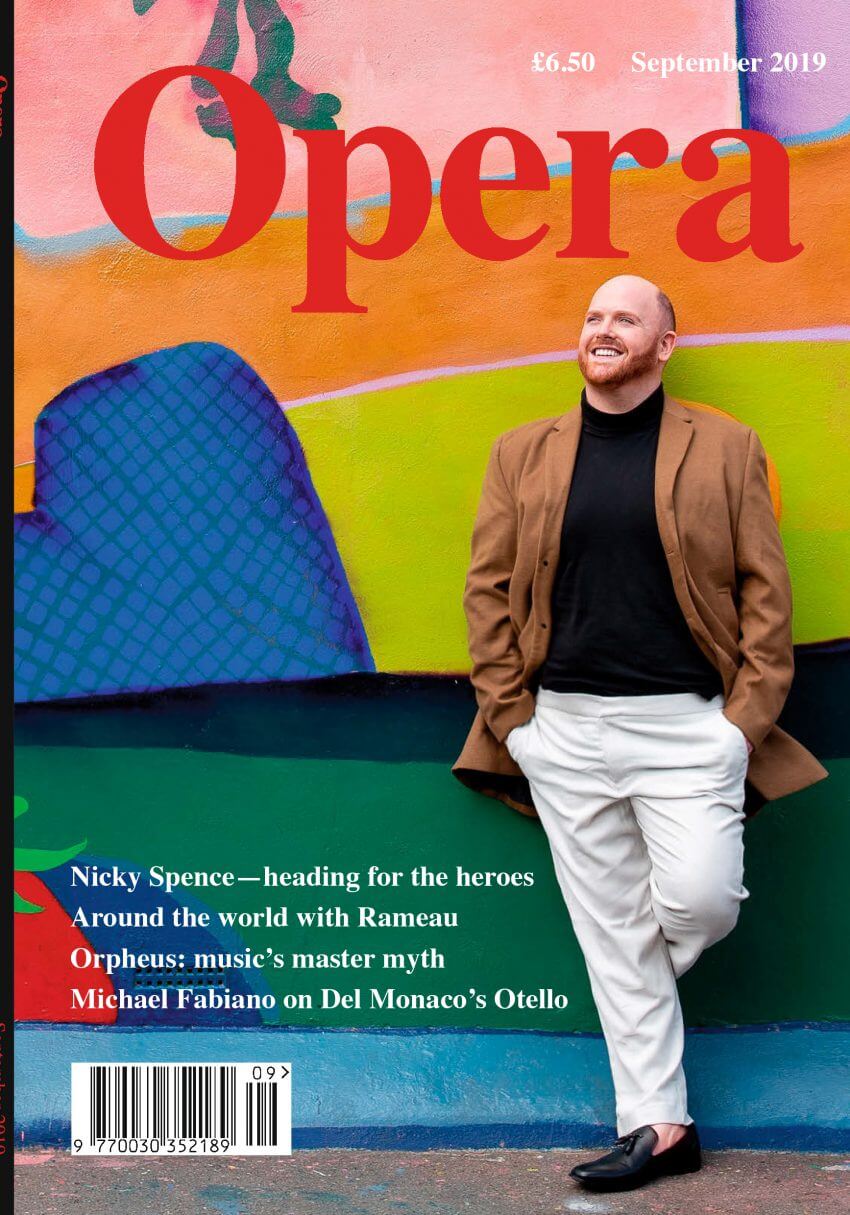