Our cover features Simon Keenlyside as he prepares to sing Count Almaviva at Covent Garden and talks to Stephen A. Brown about the challenges and rewards of the singing profession.

Digital scenery is set to make a big impact on opera stagings worldwide and Opera Australia is in the vanguard of this development, as Lyndon Terracini tells John Allison.

Andrew Lamb evokes the memory of the Misses Radford, the Cornish sisters Maisie and Evelyn, who made a number of excellent singing translations of operas and staged pioneering opera productions in Falmouth from the 1920s until the 1950s.

New productions reviewed in this issue include Il re pastore and Dorilla in Tempe in Venice, Serse in Karlsruhe, Manon Lescaut in Milan, Orlando in Vienna, Der fliegende Holländer in Malmö, Tannhäuser in Amsterdam and Hong Kong, La clemenza di Tito in Los Angeles, Lady Macbeth of Mtsensk and Le Postillon de Lonjumeau in Paris, La Bohème in Berlin, The Bartered Bride in Dresden, La traviata in Reykjavik, Rigoletto and Paër’s Agnese in Turin, and the premieres of Héctor Parra’s Les Bienveillantes in Antwerp, of Lazar’s Koda L in Ljubljana, O’Regan’s The Phoenix in Houston and of Nishimura’s Asters in Tokyo.

And our disc of the month is Giuseppina Bridelli’s Duel: Porpora and Handel in London , including arias from Porpora’s Arianna in Naxo and Polifemo and Handel’s Alcina and Tolomeo , with the Concert de l’Hostel Dieu conducted by Franck-Emmanuel Comte. 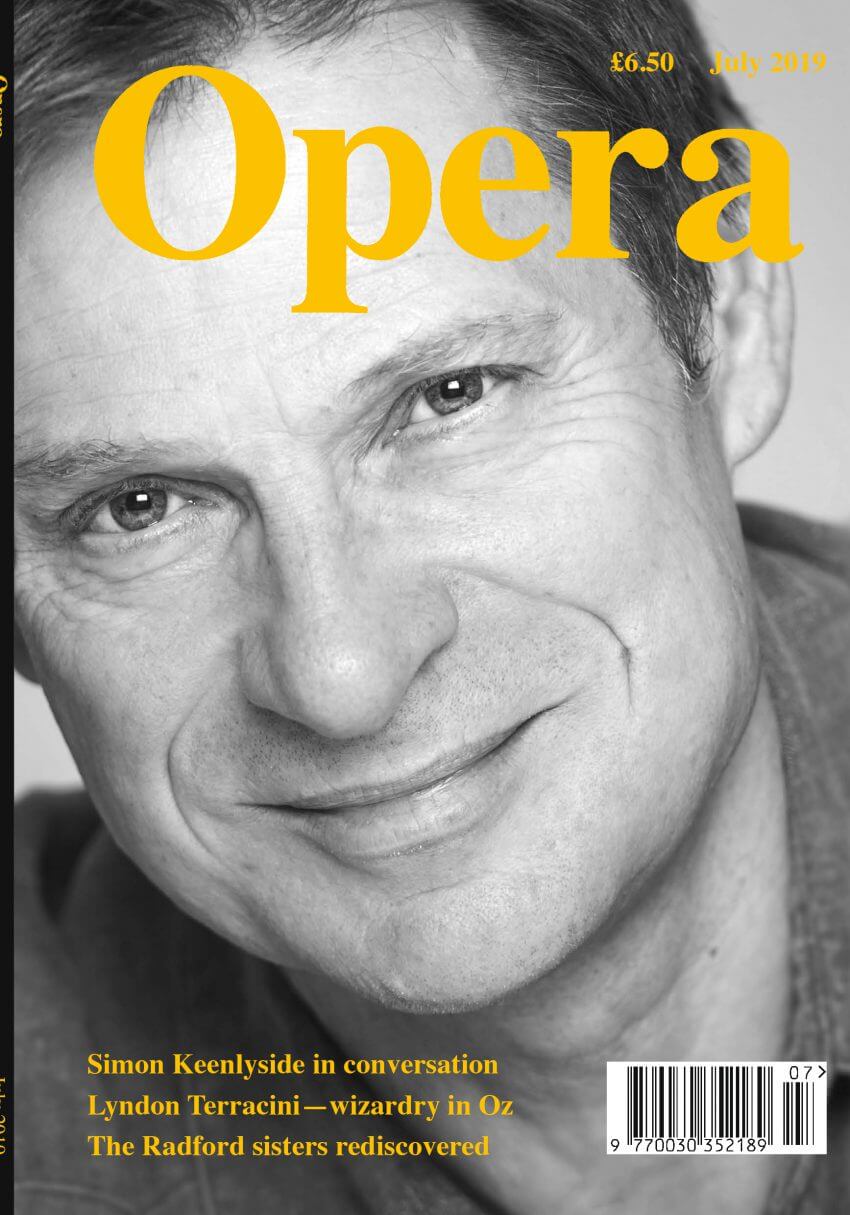