Welcome to our November issue.

Jérémie Rhorer talks to George Loomis about the latest in his cycle of Mozart operas at the Théâtre des Champs-Elysées, Le nozze di Figaro . He will conduct his own period-instrument orchestra, Le Cercle de l’Harmonie, in performances from the end of this month.

Stefan Vinke has now sung the role of Siegfried well over 100 times and has all the other Wagner tenor roles in his repertory as well. He discusses his career, and his reluctant start in the opera business, with Patricia Maunder.

In 1637 a new opera house opened in Venice, the Teatro San Cassiano. In 2019 the British businessman and musicologist Paul Atkin is launching a campaign to rebuild the theatre, as close as possible to its original site. Brian Robins discovers the extent of his ambitions.

Simon Banks looks at the way the operas of Richard Strauss, who lived through two world wars, follow a narrative arc of European history from 1911 to 1945.

Vasily Petrenko, who conducts The Queen of Spades at the Met this month, chooses Valery Gergiev’s Maryinsky Theatre recording as his personal favourite.

We have reviews of new productions around the world, including The Greek Passion at Opera North in Leeds; Carmen at Welsh National Opera; Breaking the Waves at the Edinburgh Festival; Atalanta , Alcina and Giulio Cesare at the Halle Handel Festival; Semiramide and L’equivoco stravagante in Pesaro; Pagliacci and Il tabarro in Spanga; Le nozze di Figaro in Apsen and Denver; If I Were You , a new work by Jake Heggie, in San Francisco; Orphée aux enfers , Idomeneo , Médée , Simon Boccanegra and Oedipe in Salzburg; Così fan tutte , La Bohème and the premiere of Poul Ruders’s The Thirteenth Child at Santa Fe. 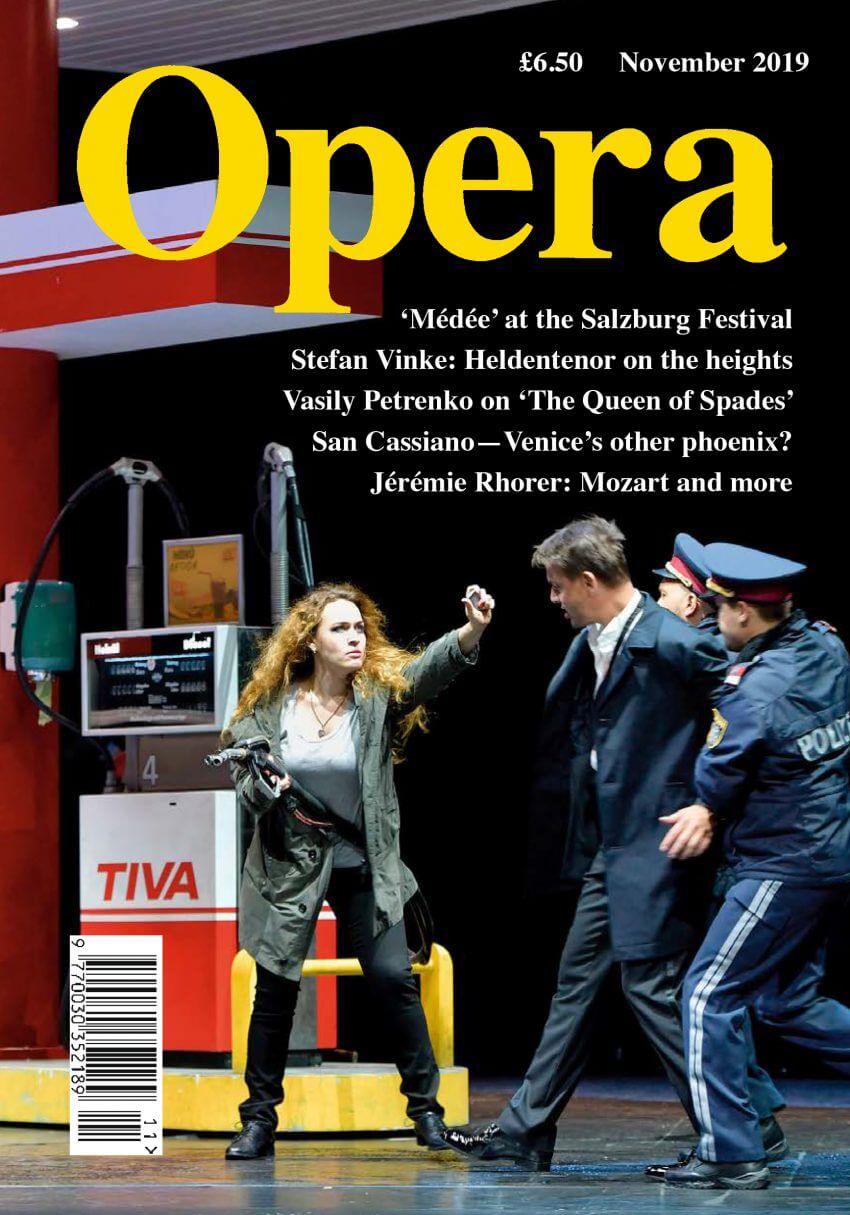