We hope you will enjoy this new issue, celebrating our 70th birthday and launching a gentle facelift in the design of our pages.

Distinguished singers born in the same year as us reflect on a changing operatic world: many happy returns to Donnie Ray Albert, Francisco Araiza, Yvonne Kenny and John Rawnsley.

Tim Ashley looks back at two works that received their premieres in the same year as we were launched, 1950: Dallapiccola’s Il prigioniero and Menotti’s The Consul.

Benjamin Bernheim made his role debut as Les Grieux in Massenet’s Manon last April. Hugh Canning travelled to Bordeaux to hear him and talked to him as he prepared to sing the role again in Paris this month.

Another major anniversary is celebrated all this year: the 250th anniversary of the birth of Beethoven. John Allison, in the first of a series of Beethoven-inspired articles, finds parallels between the composer and the painter Goya.

John Tomlinson and Richard Fairman pay tribute to the director Jonathan Miller, who died in November.

Renata Scotto looks back at her own recording career and reflects on particular favourites, from an early highlight as Glauce with Maria Callas as Medea, conducted by Serafin, to Madama Butterfly with Barbirolli. 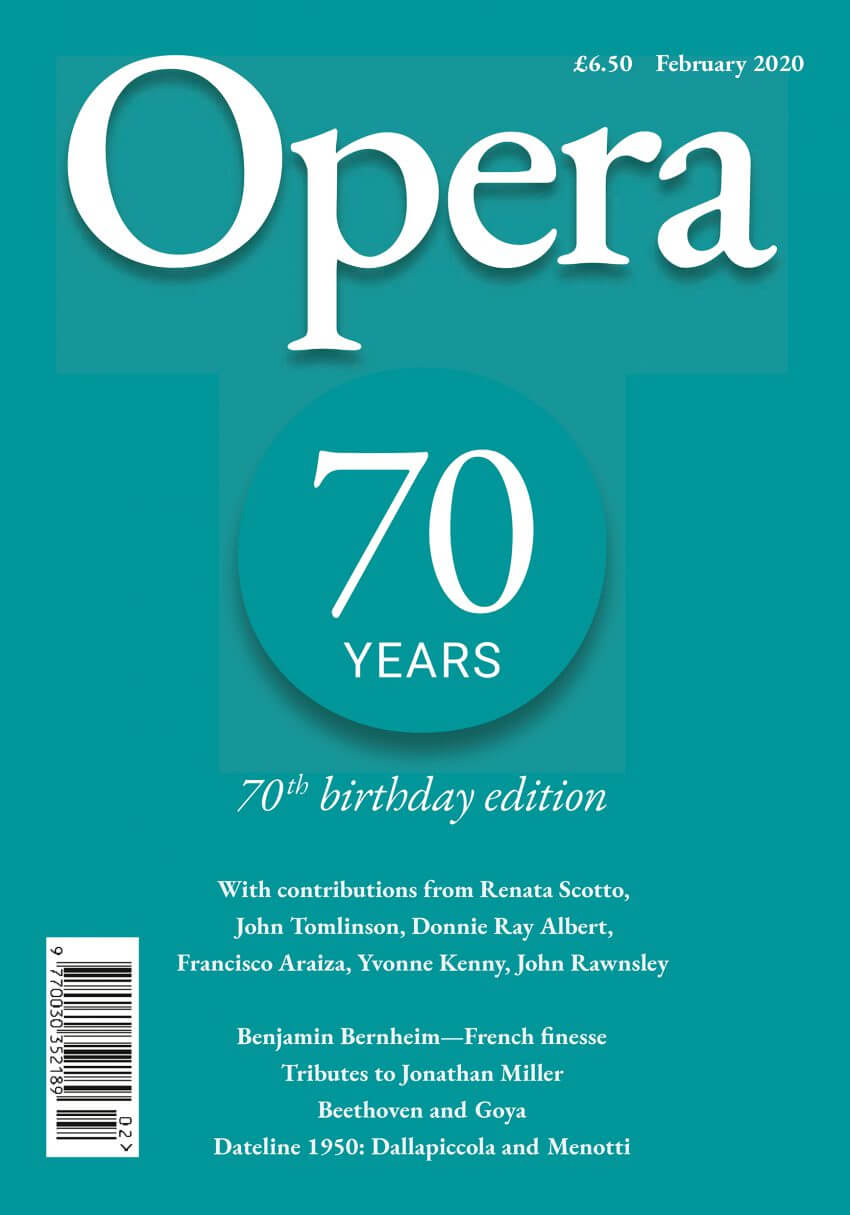